Laika's first 3D-printed puppet is just one of the reasons why the Japanese epic was named best animated feature by the National Board of Review. 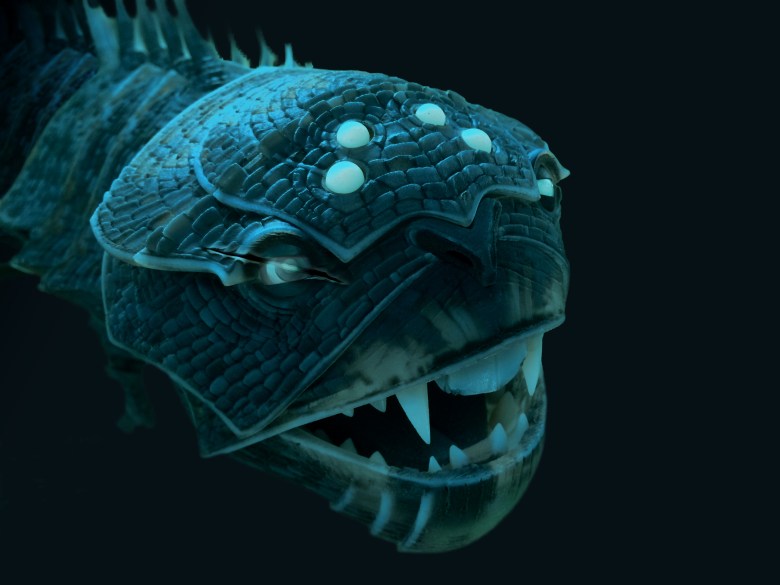 When it came to conjuring the badass Moon Beast for the climactic battle in “Kubo and the Two Strings” (now available on Blu-ray and DVD from Universal), Laika designed an exotic combination of Japanese dragon, bioluminescent sea creature and creepy prehistoric fish.

“It’s as if Smaug was made of the raging firmament,” Laika president and “Kubo” director Travis Knight told IndieWire.

The hard part, though, was making all of these elements coalesce, so Laika experimented with its first all-3D printed puppet. This breakthrough was achieved through greater collaboration between Rapid Prototyping, Rigging, and VFX departments.

“The 3½ foot-long creature is made up of nearly 900 individual parts, with a gooseneck armature inside, like you’d find in a table lamp or a microphone stand,” said Knight, who earned a best director Annie nomination for “Kubo.”

“The resin that we print in creates a hard surface, which has no give at all when the plates butt up against each other,” Knight added. “We originally experimented with a hybrid manufacturing technique, where we printed a portion of the shell with plastic, and the edges with rubber, which was pliable, giving the animator far greater flexibility.” The problem was the rubber would wear out and it deteriorated almost immediately. So Laika rolled with plan B, which was to create the entire creature in a harder resin. This was more difficult for the animator, but the material could withstand the abuse of production.

“It was a creative and technical challenge to figure out if we could write the software to get a more sophisticated application of color,” McLean told IndieWire. “There was potential for Moon Beast if we could print translucency. He also had glow, shimmer and a hard exoskeleton.”

“The 3D printer could provide translucency but not a lot of color and glow,” McLean added. “So we embarked on this crazy idea to intentionally build Moon Beast to not look like his artwork while he was being filmed, but to capture different types of imagery as he was being animated, and then composited together to complete the final look.”

Laika painted the Moon Beast with Ultraviolet inks, which are invisible to the naked eye, but when they shot a second exposure under black lights, those sections would glow, like an ‘80s music video. VFX then dialed in the degree of bloom coming off the creature’s body.

“They put gold mylar [from kids’ balloons] inside the puppet to get really interesting gold reflective surfaces, and then when we were lighting it, there were multiple passes,” Steve Emerson, the VFX supervisor, told IndieWire.

“It was important to hit not only an approved look but a consistent look because there were 65 of these shots,” added Peter Vickery, the compositing supervisor.

READ MORE: Review: ‘Kubo And The Two Strings’ Is A Stop-Motion Masterpiece

In the end, the Moon Beast became an altogether disruptive and painstaking achievement for Laika.

“While I’m not certain that this specific technique will gain widespread use on future productions, it’s yet another arrow in our quiver,” Knight said. “Our grab bag of tricks and tools and methods grows larger with each film, enabling us to tell bigger, more expansive stories, or to focus that innovation on other aspects of a more intimate story.”

This Article is related to: Awards and tagged Focus Features, Kubo And The Two Strings, Travis Knight