Miranda seems to be everywhere these days, but his appearance on "Drunk History" shows him in a whole new (drunk) light — while reconnecting the show to its roots. 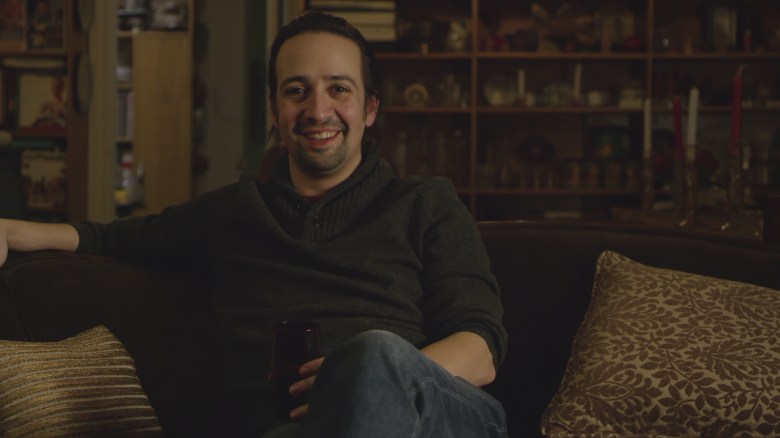 While Lin-Manuel Miranda has won a Pulitzer Prize and is now on the verge of an EGOT, it’s unlikely that his appearance on Comedy Central’s “Drunk History” will win him any awards. Except, that is, if our hearts count as trophies.

For, even in a year packed with what can only be unimaginable, life-changing experiences, the 35-year-old multi-hyphenate is having a bit of a moment right now. If you went to the movies last weekend, you may have one of the songs he co-wrote for Disney’s “Moana” stuck in your head. And he’s also joined an elite circle of people whose lives have been forever bettered by direct interaction with Dwayne “The Rock” Johnson, cameoing in videos for The Rock’s official YouTube channel.

And he’s now using “Drunk History” as an unconventional venue for telling the story of Alexander Hamilton — perhaps even more unconventional than “Hamilton,” the blockbuster Broadway musical that catapulted him into cult stardom.

“Drunk History,” coming up on its 10th anniversary, has established a reliable format for both hilarity and education: Host/creator Derek Waters gets drunk with an intelligent and funny person, and then said person tells a story of great historical importance. The stories range from the well-known to the super-obscure, and we see them re-enacted (using the drunk person’s narration) by an incredible rotating cast of actors, including Laura Dern, Jason Ritter, John Lithgow, Jesse Plemons, Winona Ryder, Terry Crews, Patton Oswalt, Parker Posey, Octavia Spencer, and John Cho.

Since moving to Comedy Central, a typical episode of “Drunk History” features three different drunk narrators relating individual vignettes. However, “Drunk History” was cognizant of Miranda’s star power, and the entire episode is devoted to him and the Hamilton story, including a non-drunk moment outside on the street he grew up. Waters told IndieWire via phone that switching up the format was a deliberate choice, in part because “it’s such a big story… It’s called ‘Hamilton,’ but really it’s Hamilton and [Aaron] Burr, and capturing their relationship.” For the reenactments, Waters took his inspiration from Miranda’s choice to cast people of color as America’s founding fathers, and gender-swapped the casting of Hamilton and Burr, enlisting “Drunk History” alumni Alia Shawkat and Aubrey Plaza for the roles. They were his first picks, and he was blown away by their work. “They do it so well — when I watch I’m never like, ‘That’s a girl,'” he said. “I just believe them and their amazing commitment.”

The re-enactor cast also includes Tony Hale, Dave Grohl, David Wain and Bokeem Woodbine as George Washington. According to Waters, it usually takes about six hours to shoot a sit-down with the narrator, and Miranda was no different. However, the reenactments took a full three days (since they encompassed the entire episode), which was a bit of a challenge for scheduling because of the cast’s busy schedules.

Those appearing on “Drunk History,” by the way, still get paid $600 a day, no matter what level of fame they might bring to the project. Which brings with it one major benefit: As Waters told IndieWire in 2014, “It deletes the assholes. When people are like, ‘Do you ever work with people who are assholes?,’ I’m like, ‘No, because they’re getting paid $600.'”

In comparison to past “Drunk History” narrators, Miranda actually acquits himself pretty well — which means he doesn’t throw up on camera or slur too much. He also proves to be a bit of a giggly, happy drunk, one with a penchant for Domino’s and Semisonic’s “Closing Time.” (For those who worry about the health of the participants, know that a medic is on set during filming to make sure no one gets dangerously intoxicated. Also, episodes are typically filmed in the narrator’s home — or in this case, according to Waters, Miranda’s parents’ house.) If you’re not even a bit familiar with “Hamilton,” a lot of the impact of this episode might be lost on you. Meanwhile, if you are a fan of the musical, a fair amount of what Miranda relates feels familiar. However, not only do you get to hear him put things in the most basic, blunt terms, but he brings in details that didn’t make it to the stage. “Here comes sick-ass Hamilton on a flaming ship — your ass will never be the same,” Miranda declares at one point. Truly, it is a shame that they couldn’t set a ship on fire for the play.

In a curious twist of fate, Derek Waters first launched “Drunk History” in 2007 (originally a series of web shorts) with a retelling of the Hamilton-Burr duel — Hamilton portrayed by Michael Cera and Burr played by Jake Johnson.

Not only is Miranda’s take a significantly more nuanced one, but looking back at that first episode is a keen reminder of just how far the series has come — not necessarily in terms of production values, but in terms of how the re-enactments have evolved and become more sophisticated in incorporating the narration. It’s a pleasure to see what “Drunk History” looks like, grown up.

“Drunk History” airs Tuesdays on Comedy Central, and can be watched online via CC.com or Hulu.