Gibson, screenwriter Robert Schenkkan and Vince Vaughn spoke during a Q&A following a screening of the film in New York on Tuesday. 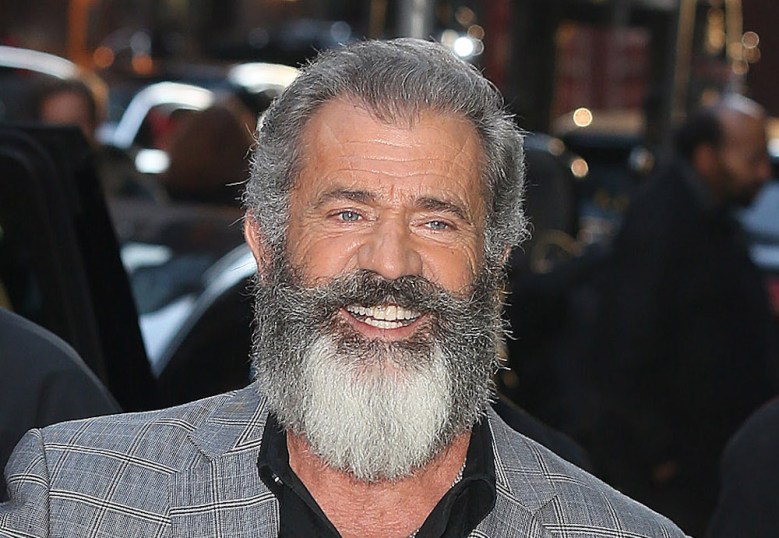 Mel Gibson may be reviving his filmmaking career with “Hacksaw Ridge,” the first film he’s directed in 10 years, but he came close to letting the project slip away — twice. During a Q&A following a screening of the film in New York on Tuesday evening, Gibson explained shortly after receiving a standing ovation that he passed on directing the movie twice before a revised draft of the script convinced him to come on board.

Based on a true story, “Hacksaw Ridge” stars Andrew Garfield as American Army Medic Desmond Doss, whose Christian faith led him to refuse to carry a weapon while saving scores of soldiers during World War II’s Battle of Okinawa. Vince Vaughn co-stars as the sergeant in command of Doss’s unit, and was also present for the Q&A Tuesday, as was co-writer Robert Schenkkan. The film hits theaters on Friday, November 4.

So what made Gibson change his mind about directing the movie? “It really clicked when I sort of realized it wasn’t a war film — it was a love story — because he’s displaying the highest aspects of love for his fellow man,” Gibson said during the Q&A. “If you lay down your life for your brother, greater love hath no man.”

Schenkkan agreed with Gibson’s assessment of the movie. “It’s a war story unlike any combat film you will ever see in your life,” he said, pointing to Doss’ struggles with both the physical war as well as his internal conflict about staying true to his religious beliefs. In outlining the challenges that came with making the movie, Gibson highlighted the fact that “Hacksaw Ridge” was an independent production that had only 59 days of shooting, roughly half as many as his 1995 film “Braveheart,” and with about 30 percent less money. He also lamented the fact that raising money for non-superhero movies is difficult nowadays. “If you want to make a film about a real life hero that didn’t wear spandex, you don’t get the time and you don’t get the budget,” he said, adding that he even had to pay out of his own pocket to get additional cameras on top of the three that were used for most of the shoot. “This is how cheap the production was.”

The trick to making a film quickly and for not a lot of money, Gibson said, is to get great collaborators in every department, from special effects to camera operators, set designers, stunt men and extras.

One of the most significant constraints during the production was shooting every battle scene in a space roughly the size of a football field. “The actual battlefield was so small,” Vaughn said. “I remember showing up and thinking, we’ve got real problems here.”

Toward the end of the Q&A, Gibson shifted the focus of the conversation away from the film itself to how it relates to the issues faced by veterans of the wars in Iraq and Afghanistan. “There’s a great need for us to look at our vets,” he said. “They’re suffering terribly and they’re [committing suicide] at a great rate every day, so if we could bring some focus to that, it would be good.”