The director isn't exactly asking for forgiveness, but that doesn't mean he won't find it. 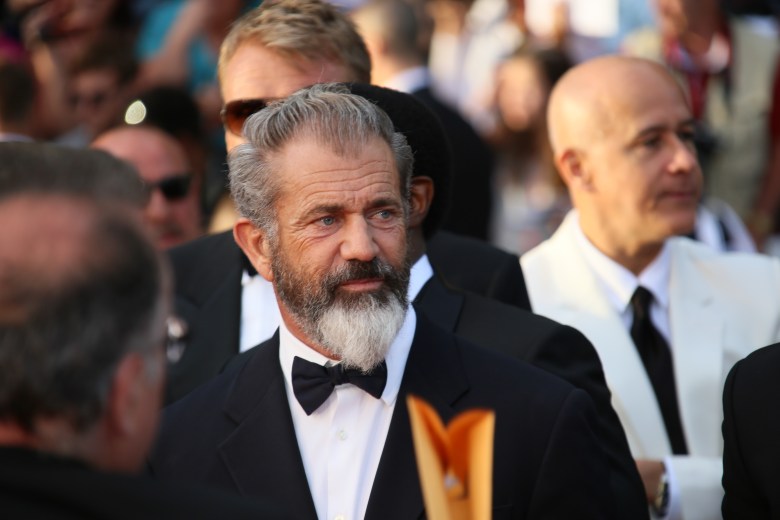 As Mel Gibson’s “Hacksaw Ridge” opens around the country, a movie that is playing well for critics and audiences is tainted by a gifted filmmaker with a sticky scandal.

The deja vu is fresh, after “The Birth of a Nation” director-star Nate Parker tried to promote his movie while being shadowed by his 1999 rape trial, and the surprise news that the accuser committed suicide in 2012. After a rapturous response at Sundance and at the Toronto International Film Festival, the movie made a lackluster opening in October. His Oscar hopes? Over.

However, that’s not Gibson. Nor is he a celebrity bad boy whom people secretly admire for rascally behavior (pot-smoker Robert Mitchum), or an addict who gains warm support when he goes straight (Robert Downey, Jr.), or an Oscar-winning director (Elia Kazan) who many considered a snitch during the McCarthy Communist witch hunt.

Gibson is more like “A Beautiful Mind” star Russell Crowe, who pinned an executive to the wall after the BAFTA Awards, likely costing him his second Oscar. By the time Crowe threw a phone at a hotel clerk during the release of “Cinderella Man” four years later, the gifted Australian actor’s career had peaked. After three Oscar nominations in a row and a win for “Gladiator,” Crowe never earned another nomination. “The Passion of the Christ”

It’s hard to recall what a charming and magnificent actor Crowe was, or what a blessed and Oscar-rewarded director-star Gibson was at his height with such movies as “Braveheart” and “What Women Want.” He starred in M. Night Shyamalan’s “Signs” back in 2002 and directed the 2004 hit “The Passion of the Christ,” when he was accused of anti-Semitic characterizations, before he lost control of his hate demons one night in Malibu after drinking.

Some have forgiven him. Others never will. That hideous anti-Semitic rant was 10 years ago; since then, his starring roles have been B-movies like “The Expendables 3.” (I interviewed him on video at Karlovy Vary 2014.)

That’s the heavy baggage he carries, year after year, and he’s ready to put it away. That didn’t happen for Parker, largely because he was unwilling to admit that he had ever done anything wrong. Gibson has been more forthcoming with his mea culpas over the years; most recently on “The Late Show With Stephen Colbert” last Tuesday, Gibson allowed that his “rough patch” was “not my proudest moment;” he also said he would tell his younger self “to shut the fuck up.” However, with the release of “Hacksaw Ridge,” he has an opportunity he hasn’t seen in a decade. Since the film’s warm reception at the film’s Venice Film Festival world premiere, Gibson keeps saying that he just wants to do what he does well: tell stories and make movies.

Hollywood has a history of forgiving talented directors. The film industry granted a pass to Woody Allen, who continues to score Oscar nominations despite repeated accusations from his 12-year-partner Mia Farrow and her children that he sexually abused his then-seven-year-old adopted daughter Dylan Farrow 22 years ago. (He was never charged.) Like a horse going back to the paddock, Allen addressed the issue yet again after the Cannes opening of “Cafe Society,” which went on to become a summer hit.

Similarly forgiven by many is sex offender Roman Polanski, who was held for 42 days in prison, pleaded guilty to unlawful sex with a minor, and fled the country to self-imposed exile. Polanski had been nominated for two Oscars before his arrest (“Rosemary’s Baby” and “Chinatown”) and was nominated twice after (“Tess” and “The Pianist”), winning Best Director for the latter. At the time, his publicists worked hard to separate the man from the movie, which he did little to promote. Again, while many around the world still decry Polanski’s misdeeds, within the film industry he is mostly graded on his merits as an artist.

If “Hacksaw Ridge” does “American Sniper” business, could it sneak into awards contention? Clearly, Lionsgate and others that financed the $40-million “Hacksaw Ridge” believe so. The film stars Andrew Garfield as a sweet and lanky pacifist who enlists to fight the Japanese in World War II and winds up heroically saving lives without ever lifting a gun. Not unlike Sam Peckinpah or Ken Russell, Gibson is a superb director who knows how to make things vivid and real, so much so that his most violent action scenes can be too much for some viewers.

Gibson is back, with a terrific, well-mounted, emotionally satisfying movie about the horrors of war. That said, the Academy directors branch may not be ready to accord him a coveted nomination slot for directing “Hacksaw Ridge.” The reviews, while strong, aren’t stellar enough to push the movie that far. It’s hard to see the critics or the guilds anointing “Ridge” ahead of such breakouts as “La La Land,” “Manchester by the Sea,” “Moonlight,” “Sully” and “Arrival.” And there are late-breaking contenders still to come from Martin Scorsese and more.

Besides some technical kudos for “Heartbreak Ridge,” the one who could score awards nods is Garfield, who has been steadily rising since his breakout role in “Boy A,” through “Never Let Me Go,” two “Spider Man” flicks, and “99 Homes.” He’s perfect casting for the earnest Boy Scout trying to escape a domineering father (Hugo Weaving) to join his brother in the Army, where he is hazed and abused and put on trial for refusing to carry a gun, but winds up acting more heroically, saving 75 men, than anyone could have imagined. Garfield has never landed an Oscar nomination, and is more than deserving.