Critics praised Disney's latest animated feature for its stunning visuals and storytelling, but noted it doesn't break any new ground. 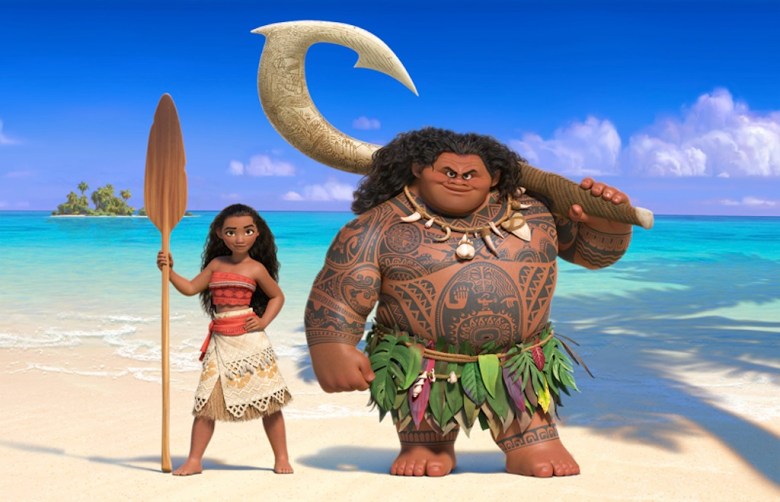 Just when you thought you were safe from an animated female protagonist venturing into an unknown wilderness singing about her destiny, here comes Disney Animation Studios’ latest feature, “Moana.” The film follows the titular princess and navigator (newcomer Auli’i Cralvaho) who, alongside the demigod Maui (Dwayne Johnson), embarks on a journey to discover the mystical evil that threatens to destroy the ocean. While it’s set in the much more tropical Polynesia, “Moana” seems poised to follow in the footsteps of 2013’s “Frozen” in the hopes of snatching up award season buzz for best animated feature.

IndieWire’s Eric Kohn noted that the film is a step in the right direction for a studio oft-plagued with criticisms of cultural insensitivity and whitewashing, writing in his review, “Visually dazzling and loaded with charm, the movie is also blatant in its quest for cultural sensitivity: It has memorable songs by ‘Hamilton’ phenom Lin-Manuel Miranda and a first-rate mystical soundtrack by Samoan composer Opetaia Tavia Foa’i, in addition to a witty screenplay co-written by Kiwi funny man Taika Waititi, all which yields a lively opus that feels at once old school and modern.”

Michael Rechtshaffen of The Hollywood Reporter gave the film a glowing review, writing: “Appealing equally to the eyes, ears, heart and funny bone, ‘Moana’ represents contemporary Disney at its finest – a vibrantly rendered adventure that combines state-of-the-art CG animation with traditional storytelling and colorful characters, all enlivened by a terrific voice cast.”

Variety’s Peter Debruge calls Moana “one of Disney’s most remarkable heroines yet,” and relates the triumph to Disney’s storied history: “Thankfully, while Moana is going through a pretty serious identity crisis in the new animated movie that bears her name, Walt Disney Animation Studios has resoundingly solved its own, delivering a musical adventure that’s a worthy addition alongside ‘The Little Mermaid’ and ‘Aladdin,’ two now-classic cartoons also brought to life by directors John Musker and Ron Clements, whose gift for hand-drawn animation translates beautifully to the realm of CG here.”

For Entertainment Weekly, Devan Coggan writes of the film: “‘Moana’ has a lot of the hallmarks of your classic Disney adventure – the goofy animal sidekicks, the feel-good messages – but its heroine is something new, a smart and fiery deviation from your standard European lovestruck princesses. (Thankfully, Moana doesn’t have a love interest.) The result is a pitch-perfect addition to the animated Disney canon.”

In his review for The Guardian, Steve Rose contrasted “Moana’s” shortcomings with Disney’s other features, writing: “‘Moana’s’ ‘know who you are’ message is the sort of thing we’d probably want our children to hear, and there’s a pleasing resonance in the way the movie transmits ancient folk knowledge via digital means. But Disney has set a high standard lately. ‘Frozen’ defied its fairytale template by swerving into matters of sisterhood, ‘Big Hero 6’ pulled off a clever trans-Pacific cultural fusion, and this year’s excellent ‘Zootopia’ was both a snappy, original comedy and a valuable primer in identity politics. ‘Moana’ never quite reaches these heights. Its cultural setting is fresh; its storytelling, less so. It navigates the reefs but it doesn’t discover a whole new world.”

On a similar note, Alonso Duralde of The Wrap calls it “thoroughly entertaining if never completely groundbreaking,” adding that, “‘Moana’ does what it does so well that you wish its makers had imbued it with some X factor that separates the classics from the merely beloved. If you don’t mind Disney’s business as usual dressed up with a little hibiscus, then you’ll enjoy this latest journey of self-discovery.”