Some actors undergo physical changes for their biggest roles, Harris had to undergo a change of heart. 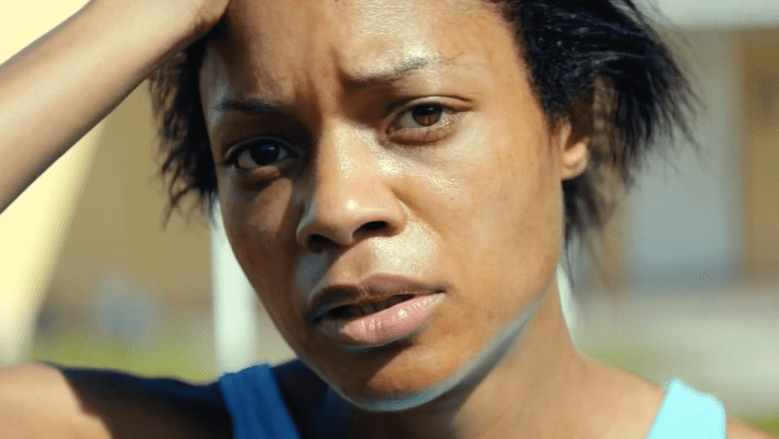 So often, actors and actresses are lauded for undertaking jaw-dropping physical changes to play what frequently amounts to their most important roles. Time and again, performers who are willing to mold their bodies to a part – think Christian Bale in “The Machinist,” Charlize Theron in “Monster” or Matthew McConaughey in “Dallas Buyers Club,” just to name a very recent few – reap the biggest rewards.

For “Moonlight” star Naomie Harris, her greatest challenge wasn’t of the physical variety, it was the emotional. In order to play Paula, the mother of the film’s central character Chiron, over three different time periods, the British actress didn’t need to make adjustments to her body, but to her own heart.

Harris has worked steadily in both film and television since she was a kid – as a youngster, she had recurring roles on British series like “Simon and the Witch” and “Runaway Bay,” along with the very popular remake of “The Tomorrow People” – and her acting career has long been the stuff of slow growth and careful cultivation.

As she’s continued her ascendency in Hollywood, Harris has made room for both major franchises (from the Daniel Craig-starring James Bond series to the ever-popular “Pirates of the Caribbean” films) and smaller passion projects (including her lauded turn in “Mandela: Long Walk to Freedom” and her starring role in “White Teeth,” based on Zadie Smith’s novel of the same name). When we spoke to Harris about her work in “Moonlight” last month, the actress emphasized how deeply she considers her roles and the impact they have on the world around her.

“I set out my career thinking that there were enough stereotypes about black women, so I wanted to make a difference in this arena,” Harris explained at the time. “The only area where I have power is in the roles I choose, so I want to portray progressive images of women.”

READ MORE: Naomie Harris On ‘Moonlight,’ The One Role She Never Thought She Could Handle

For much of her career, Harris’ commitment to playing progressive roles prohibited her from taking on parts she viewed as both stereotypical and retroactive. Her number one no-go? “I drew the line at crack addiction,” Harris said. “I’m not going to play a crack addict.”

It’s that exact hard line that would have kept Harris from her work in Jenkins’ film, which not only tracks the progression of Chiron over many years, but also his mother Paula, who begins the film as a drug addict and who devolves throughout its second act. And yet, she might have been the only person who could make Paula work. That’s certainly how Jenkins felt.

The filmmaker has made it plain that he very much wanted Harris for the role, going so far as to compressing her time on set – just three days – in order accommodate the busy actress. When asked why he wanted Harris so badly, the filmmaker had an easy answer. “I felt we needed someone highly skilled to calibrate Paula’s arc and you can’t possibly get more skilled than Naomie Harris,” Jenkins told IndieWire. “No matter where we took the character, she never flinched.”

Another big advocate for Harris was casting director Yesi Ramirez, a long-time fan of Harris’ work and an early believer that she possessed the skills necessary to fully realize Paula.

“I’ve admired Naomie’s work for a long time and have never watched any of her films thinking that’s Naomie simply playing a role,” Ramirez recently told IndieWire. “She truly embodies each character. Her initial resistance to portray this type of character added a unique layer to her performance. It lead her to explore more than what was on the surface.”

Even with the support of the “Moonlight” team, Harris ultimately had to overcome her own judgments to play Paula.

“What I found fascinating is that I had so much judgment for her when I read [the script],” Harris said. “I thought she was a bad mother. I thought, ‘How can she be a good mother, she’s a crackhead?’ But actually she is doing the very best that she can with the resources that she has.”

Once Harris was able to crack that part of the character, she could put her own judgements aside to play the part with honesty and emotion.

“You have to believe she is going through these struggles and at the same time sympathize with her as a single mother,” Ramirez said of Harris’ work. “She has love for her son, even though it’s clouded by her addiction. She handled the character delicately and with respect, while ultimately discovering that Paula is more than just an addict.”

In the case of “Moonlight,” Paula is not only more than “just an addict,” she’s also a character created from the real-life relationships that both Jenkins and McCraney had with their own mothers.

“Directing someone who looks like your mom and is starting to sound like your mom and is being your mom, it was intense,” Jenkins said on a recent appearance on “Charlie Rose.” “I had to compartmentalize my personal life, but then also, it was impossible to keep it separate from the work, but I think it made the work better.”

Jenkins was more blunt when speaking with IndieWire: “Directing her as essentially my mom was one of the toughest tasks I’ve ever undertaken on a film set.”

The results of Harris’ risk-taking are clear from her performance in “Moonlight,” perhaps the best and most passionate of her career, but the actress walks away from her role with something else to worth lauding: A new perspective on life itself.

“I’ve just learned a really big lesson from this process,” Harris explained. “And my lesson is that I had to confront my own judgments, and I had to dismantle those.”

“Moonlight” is in theaters now.

This Article is related to: Awards and tagged Barry Jenkins, Consider This, Moonlight, Naomie Harris