Plus: Why a bunch of critics are mad at the Critics Choice awards, and our thoughts on the Cinema Eye Awards nominations. 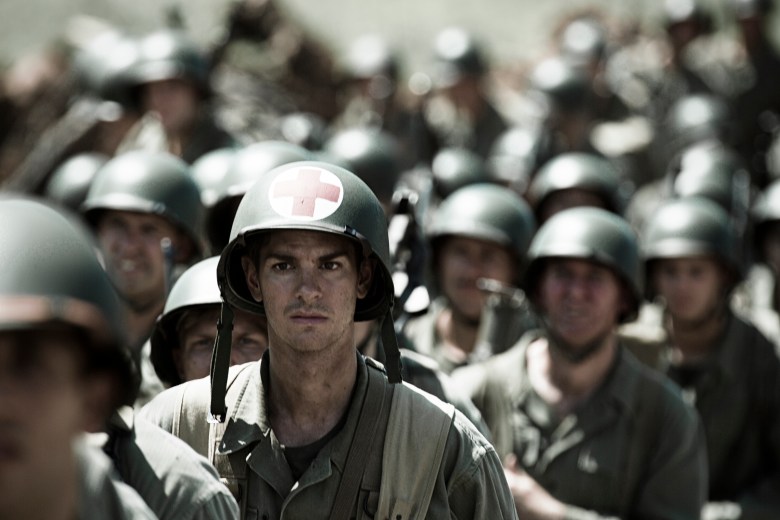 For most people, Mel Gibson permanently tarnished his name years ago. That was a decade ago, around the same time he made “Apocalypto.” But it seems that scandal wasn’t quite enough to derail his entire career. Gibson’s back in the spotlight this week with “Hacksaw Ridge,” a bloody war movie starring Andrew Garfield as a WWII-era pacifist unwilling to carry a gun on the battlefield. Since its premiere at the Venice Film Festival, “Hacksaw” has been met with a generally positive reaction — but not universal praise.

In this week’s episode of Screen Talk, Eric Kohn and Anne Thompson debate the movie and what sort of reception it needs in order to become a big fall season player. Plus, thoughts on the recent outcry surrounding the Critics’ Choice Awards partnering with Entertainment Weekly, and why the Cinema Eye nominations are a very good thing for the documentary world.