Elliot explains why society disappoints him so much. 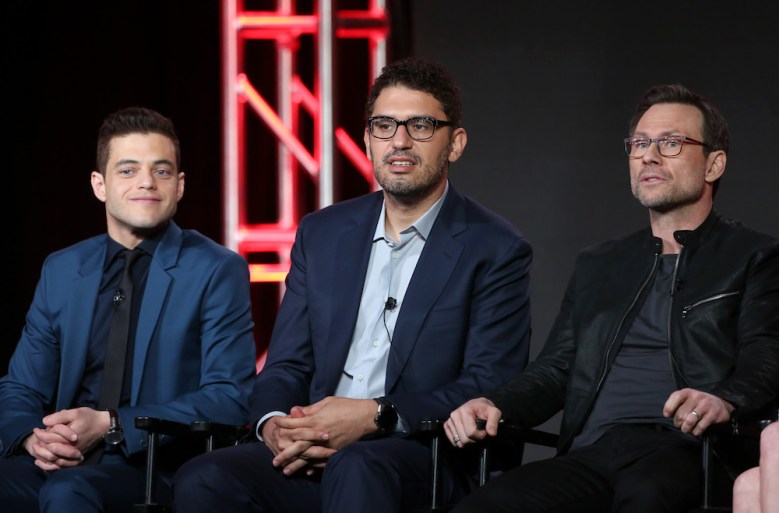 Many in Hollywood, as well as many in this country, are still struggling with the fact that Donald Trump won the election. It seems that this result is even affecting fictional characters, including Elliot from “Mr. Robot.”

The series creator, Sam Esmail, “leaked” a page from the Season 3 script in where Elliot, portrayed by Emmy Award winner Rami Malek, is back in therapy with Krista, and is very disappointed with society.

“I asked you this question before but you never responded. I’d like it if you answered this time,” she begins. “What is it about society that disappoints you so much?” Krista asks.

READ MORE: Christian Slater Reveals ‘Mr. Robot’ Secrets and What It’s Like to Work With Alf

The tweet is just a fun response to the unexpected election outcome, so we’re guessing it won’t really be included in the final script. But hey, who knows! Esmail has been very vocal about his support for Hillary Clinton, and since the election has tweeted his thoughts and opinions on the matter.

“Not voting is one of the dumbest things a person privileged enough to be living in a democracy can do. Especially when a lunatic is running,” he replied when a user wrote to him that they highly doubted Elliot would vote at all.

This week he also wrote, “I am a proud Hillary Clinton supporter, during the primary and the election. She would have been a great President. She didn’t lose, we did.”

I am a proud @HillaryClinton supporter, during the primary & the election. She would have been a great President. She didn't lose, we did. https://t.co/Jmch7ac5oH

This Article is related to: Television and tagged Mr. Robot, Sam Esmail