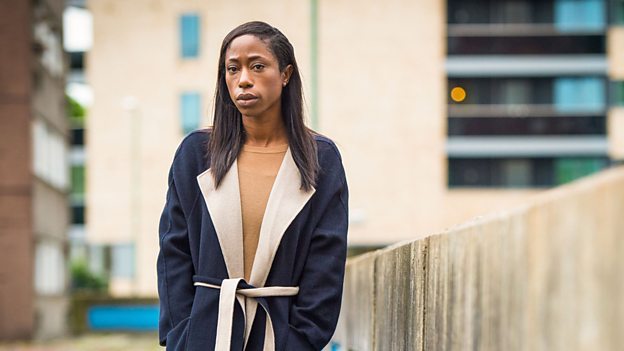 Beloved British author Zadie Smith has already seen one of her novels — the lauded 2000 offering “White Teeth” — turned into a television version, and now her “NW” is getting similar treatment. The 2012 Women’s Prize for Fiction nominee will soon hit BBC Two as a 90-minute telepic that weaves together the stories of four childhood friends who are all struggling to overcome their past as they make their way through adulthood.

The story’s four protagonists — Leah Hanwell, Natalie (née Keisha) Blake, Felix Cooper and Nathan Bogle — all grew up together in North-West London (the “NW” of the title) on the fictional Caldwell council estate, and have endeavored (in some very different ways) to break free of the world they first knew. While Natalie (Nikki Amuka-Bird) has managed to turn herself into a wealthy, successful barrister, her childhood pal Leah (Phoebe Fox) still struggles with both money and ambition. Chance encounters rule in the story, and various ones bring both Leah and Phoebe, along with Felix and Nathan, back together in some very unexpected ways.

As is so often the case with Smith’s extraordinary work, the novel is a thrilling blend of genre, storytelling, point of view and tone, and should make for a very compelling film offering.

The film’s first teaser trailer leans hard on Natalie’s story, playing up her intense ambition — seemingly mostly fueled by her passionate desire to overcome her upbringing and the circumstances that informed it — and how that clashes with Leah’s life, which is increasingly unsatisfying and dangerous. There are quick glimpses at both Felix (O.T. Fagbenle) and Nathan (Richie Campbell) as well, but it appears that this adaptation is most concerned with Natalie and Leah’s friendship, which also dominated Smith’s novel.

Check out the teaser trailer for “NW” below:

“NW” will debut in the UK on Monday, November 14 at 9pm. There’s no word yet on whether BBC America will pick up for American audiences, but here’s hoping.

This Article is related to: Television and tagged Trailers, Video, Zadie Smith