Sometimes bears have an itch they just have to scratch. 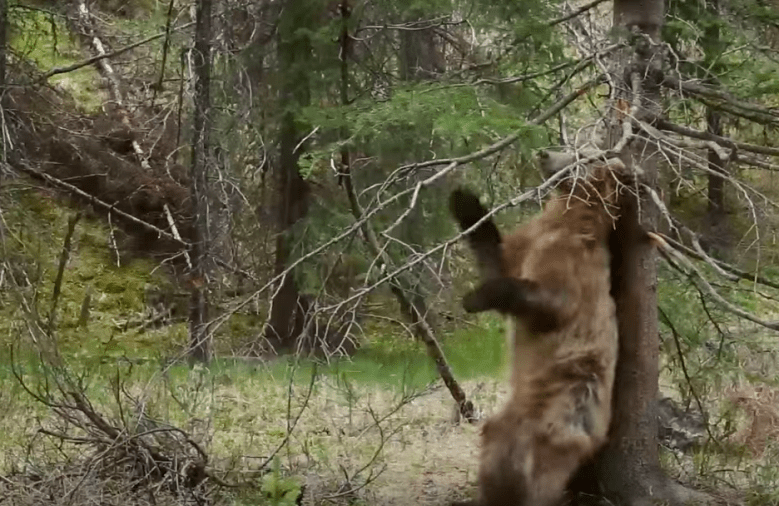 Last week BBC’s acclaimed nature show “Planet Earth II” debuted and set the internet ablaze with the baby iguana and racer snake video. This week, ahead of episode 2, the British network released a new clip in which grizzly bears shake and shimmy to the tunes of Kool & The Gang’s hit “Jungle Boogie.”

Remote cameras were left in the Canadian Rockies in hopes to film grizzly bears in their natural habitat. What they got when they looked at the footage was more than they bargained for.

The second episode in the six-part series will focus on great mountain ranges, which are some of the planet’s most spectacular landscapes, but are also unforgiving places to live in. Only a few animals have what it takes to live at extreme altitude, and the upcoming episode will show a unique and intimate glimpse into the magnificent animals’ secretive lives.

Aside from the dancing grizzlies, viewers will get to witness four snow leopards who come together when a mother and cub become trapped between two rival males, as well as get to soar the skies with golden eagles as they hunt.

“Planet Earth II” is narrated by David Attenborough and is currently airing on BBC. Unfortunately, the series won’t be released stateside until January 28 on BBC America.

This Article is related to: Television and tagged Planet Earth II, Video