A thrilling and jaw-dropping look at wildlife on Fernandina Island. 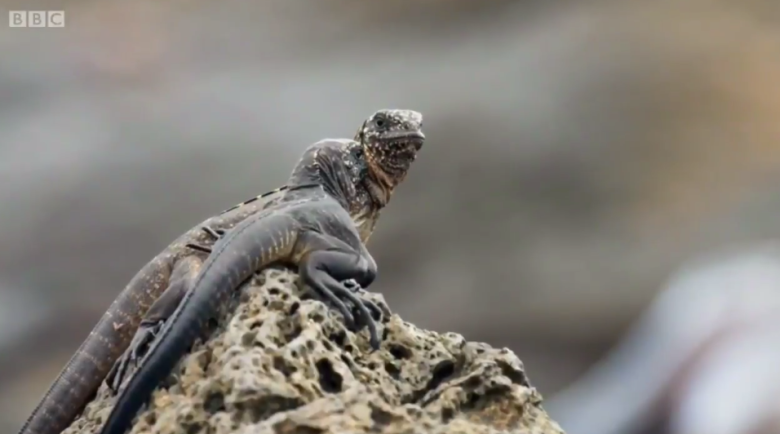 Continuing to set the interest ablaze, the latest clip from “Planet Earth II” is a nail-biting scene between a newborn marine iguana and a slew of Galapagos racer snakes on Fernandina Island.

Narrated by David Attenborough, the epic battle begins as the newly-hatched baby iguana notices that it’s surrounded by snakes, then begins the race of its life. As it starts to run, snake after snake comes after it, and at one point gets trapped in the snakes’ coils until it breaks free.

The video is from the first episode titled “Islands,” which premiered on Sunday, November 6 on BBC One. The latest addition to the beloved BBC nature show was shot in ultra-high-definition and is a fresh and mind-blowing sequel that captures our planet in a remarkable way.

“Planet Earth II” has a total of six episodes, with the score composed by Hans Zimmer. The new docuseries promises to be a game-changer, giving viewers a truly immersive experience and a unique perspective on the most extraordinary places and animals on this Earth.

A new episode will premiere on Sunday, November 13 on the British network. Unfortunately, “Planet Earth II” won’t be released stateside until Saturday, January 28 on BBC America.

Check out the clip below.

This Article is related to: Television and tagged BBC America, Planet Earth II