The multi-hyphenate and his team talk about capturing a retro Hollywood vibe, Beatty's 30-year fascination with mogul Howard Hughes, and feminism. 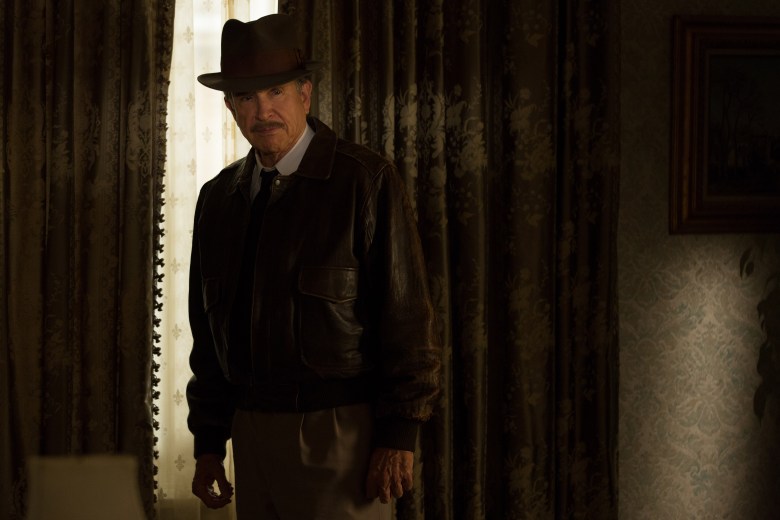 Which was important for this historically-inspired romcom, in which legendary producer-tycoon Howard Hughes plays cupid in late ’50s Hollywood to a young couple played by Alden Ehrenreich and Lily Collins. Beatty and his key collaborators really dug into the retro vibe.

“I never identified with Howard Hughes,” insisted Beatty, who never met the reclusive billionaire but was amused by his Garbo-like secrecy and the eccentric way he wielded power. That’s why he spent nearly 30 years trying to make a movie about Hughes, attracted like a moth to the flame.

“If I identified with somebody, it would be Frank [Ehrenreich] and also Marla [Collins],” Beatty added. “I was a Southern Baptist from Virginia, as Marla is, and I think the whole subject of American sexual Puritanism was very big in my life in 1958 when I came to Hollywood — and how to deal in a business that merchandises sexiness. And the rise of feminism in the late 1950s and early 1960s, which led to the sexual revolution. So that’s what caught my interest.”

What caught Oppewall’s interest was also personal — a woman in close proximity to a large male personality — which is why she identified with Marla and why she grappled with her relationship with Hughes while designing the movie.

“Because I started my career that way with Charles Eames [the designer],” said Oppewall, who’s chasing her fifth Oscar nomination. “I was married to [filmmaker Paul Schrader], I like working with men who are that way. But it’s always something I think about. And I’m not saying it’s something I work out in the design — it’s something that attracts me to one piece of material as opposed to another.” For Oppewall, everything revolved around Hughes’ universe and each environment revealed a different level of its personality. “The thing that I found unusual about working with Warren is that he really understands ground plans and furniture plans,” she said. “This guy really gets it so we could sit down and move things around on paper until he was happy and then we’d tear them apart physically and do it again.

For five-time Oscar nominee Deschanel, the movie’s not only about the mystery of Hughes but also the mystery of love and attraction. “You’re talking about Frank and Marla and the worlds they both grew up in, their ambitions and ideas about who they are in the world — and they’re thrust into this mysterious world of Howard Hughes, who’s a character who’s always in the dark,” he said. “And I think that’s indicative of part of that mystery too because you’re only allowed in so much. The trick to make things dark is you have to light them like hell because otherwise they turn to mush.

“What’s fascinating to me is that there’s this wonderful moment that Warren creates where Frank comes down the stairs of the bungalow and he sees Marla playing the piano and you know what’s going to happen with the movie.”

But rather than shooting the period piece on film, the cinematographer went against convention and shot digitally for pure representation of colors. “For me, it was very much like my first trip here to go to USC film school from back East… waking up in the morning and seeing this amazing sunrise.”

The clash of conventional and unconventional wardrobes was explored by Wolsky. For instance, while aspiring actress Marla had nearly 35 costume changes, her favorite white dress from back home served as her staple. By contrast, Hughes had a regimented uniform consisting primarily of a white shirt, plain slacks, a bomber jacket and hat. “Warren was very specific about not wanting the character to change,” said Wolsky, the two-time Oscar winner for “Bugsy” (starring Beatty) and “All That Jazz.”

“And he said he’s rich enough he can have 25 of the same thing. It went very well except for a hat or two.”

Arkin, meanwhile, who collaborated on the theme song, “Rules Don’t Apply,” with Grammy-nominated lyricist Lorraine Feather, said the goal was to recreate the tail end of The Great American Songbook, balancing hope with melancholy.

“We discussed style and, even though it was the start of rock’n’roll, we weren’t going for that. It’s more like the classic,  ‘When You Wish Upon a Star’: innocent, melodic and pretty,” Arkin said.

“The intelligence of the song is really valuable for this feminism and the rise of that incredible beauty of [Marla],” Beatty said. “And I thought it was very helpful for [her] to be a songwriter as opposed to simply a movie actress or a beauty queen.”

Then, on further reflection, Beatty admitted another aspect of Hughes that interested him: “Howard Hughes got to do what he wanted to do and people had to put up with him. Well, I can say that about people who become movie stars when they’re 20 and 21. They can do what they want to do and people don’t necessarily dislike them but they’re difficult to put up with.”

The fascination with Hughes never ends for Beatty.

This Article is related to: Awards and tagged Alden Ehrenreich, Below The Line, Lily Collins, Rules Don’t Apply, Warren Beatty