An engaging mystery that reveals more about its detectives than its subject makes "Search Party" a genre-bending new comedy worth investigating. 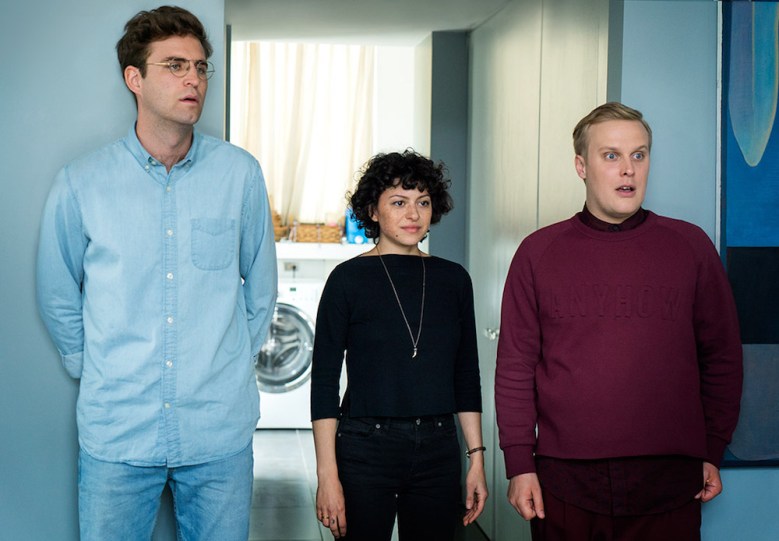 “The pleasure lies not in discovering the truth, but in searching for it.”

Both a quote from Leo Tolstoy’s “Anna Karenina” and the first piece of evidence discovered by “Search Party’s” lead investigator, the above quotation poetically encapsulates TBS’ new comedy-mystery hybrid. From executive producer Michael Showalter and creators Sarah Violet-Bliss and Charles Rogers, the 10-episode, half-hour series follows four members of the millennial generation who become infatuated with finding a missing woman. Led by Dory (Alia Shawkat), the group’s connection to the inexplicably absent Chantal is tenuous to say the least, yet one after another, their lives become intertwined with the distanced acquaintance during their quest to find her.

Shrewdly observant and emotionally honest, “Search Party” doesn’t sound like an uproarious comedy from the elevator pitch, but its writers strike a delicate balance between pleasure, lies, and truth while their characters seek the latter. The result is a series that calls out a generation’s easily misguided need for personal significance while honoring their inquisitive sensitivities. Dory knows her persistence may be rooted in the wrong reasons, but she’s also given ample evidence to push forward for the right ones.

READ MORE: ‘You’re the Worst’ Season 3 Finale Review: A Novel Ending No One Expected Caps an Adventurous Year for Families “Search Party” isn’t attacking millennials, similar to “The Great Outdoors.” Nor is it glorifying them, as “Girls” can do from time to time. It recognizes these are the kids who grew up listening to George W. Bush talk about WMDs while newspapers died and the nightly news morphed into entertainment. They have the right to question everything, and they do. But thrown into the mix is a healthy dose of discernment, calling into question the purity of helping others when you could be helping yourself.

Take two of Dory’s closest friends, Elliott (John Early) and Portia (Meredith Hagner). A flamboyantly gay man and an equally self-indulgent actress, the two could have easily spun out of control with cliches. We’ve seen these stereotypes before, but Violet-Bliss and Rogers do their due diligence in carving reality from familiar molds. Elliott’s profession and personal desires push him into fresh territory, while Portia transcends the blonde actress she is through small surprises throughout.

They’re also both whip smart performers who know how to hit a punchline as well as they can steal a laugh from honest, in character moments. I tried counting how many sudden moments of levity caused me to laugh out loud during the 10 episodes kindly made available to critics, but there were simply too many to track (that, and keeping a tally numbed the fun of the unexpected). Even though “Search Party” isn’t just here to make you chuckle, it does a damn fine job parsing out the comedy to effectively do just that. “Search Party” skews toward authenticity, and the second half the season delves into darker territory (emotionally and situationally) than the first. (Also, the ending shifts in such a way that it’s hard to imagine Season 2 working its way back toward the lighter tones of Season 1.) In doing so, the series seems to be asking as many questions as it’s ready to answer. For as well-defined as the characters are, their individuality can make them feel real and distanced at the same time. Their choices aren’t meant to merely be interpreted as the choices of a generation, but viewers comfortable assessing generational wisdom from the early episodes may be surprised by the extremes the series reaches later on.

That being said, Season 1 of “Search Party” has a strong voice that proves worthy of trusting up until its final seconds. It’s engaging, thoughtful television, and whether or not it can sustain its unique tone isn’t pertinent right now. What matters is the journey, and it’s been a charming, introspective and telling one so far.