The artist was diagnosed with stage two pancreatic cancer in 2013. 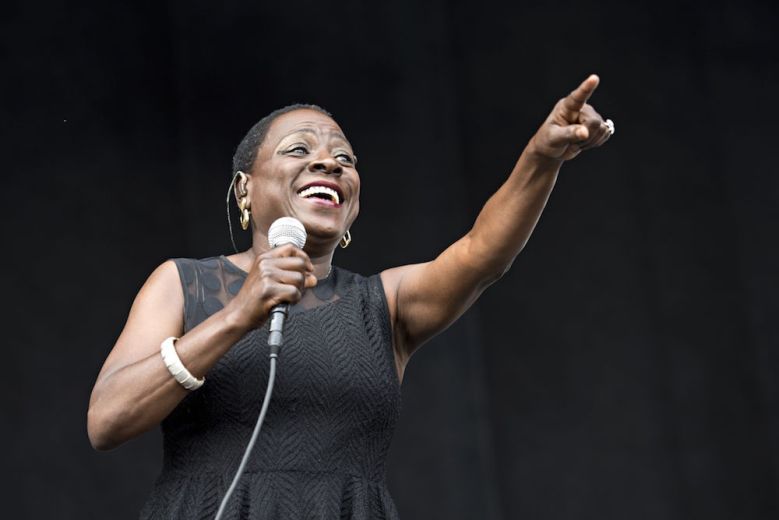 Sharon Jones, Grammy-nominated lead singer of Sharon Jones & The Dap-Kings, died on Friday, November 18 of pancreatic cancer. She was 60. The unfortunate news was announced via the band’s social media and official website.

“We are deeply saddened to announce that Sharon Jones has passed away after a heroic battle against pancreatic cancer. She was surrounded by her loved ones, including the Dap-Kings. Thanks you for your prayers and thoughts during this difficult time,” read the statement.

It also stated that in lieu of flowers, donations may be made to The Lustgarten Foundation, James Brown Family Foundation or Little Kids Rock. Additional memorial details will follow soon.

Diagnosed with stage two pancreatic cancer in 2013, the singer was recently the subject of Barbara Kopple’s documentary “Miss Sharon Jones!” The film debuted at the 2015 Toronto International Film Festival, where she revealed that her cancer had returned.

For many years Jones worked as a corrections officer at Rikers Island and an armored car guard for Wells Fargo Bank. She would perform in wedding bands and singing gospel music groups but struggled to get a break in the industry. Her singing career later picked up in 1996 when she collaborated with soul musician Lee Fields on the song “Switchblade.”

Jones’ first single as a frontwoman, “Damn It’s Hot,” came at the age of 40. The band then went on to record their debut album, “Dap Dippin’ With Sharon Jones and the Dap-Kings,” in 2002. They released a slew of popular LPs, including “Naturally” and “I Learned the Hard Way.” Their 2012 record, “Give the People What They Want,” earned Jones her first Grammy nomination for Best R&B Album.

The artist also appeared in the Denzel Washington-directed film, “The Great Debaters,” the 2013 film “Queen City,” and her song “100 Days, 100 Nights” is heard in the closing scenes of “Luke Cage.”

This Article is related to: Film and tagged Music, Sharon Jones