In honor of its 15th anniversary, GKIDS and Fathom Events are bringing Hayao Miyazaki's modern classic back to the big screen. 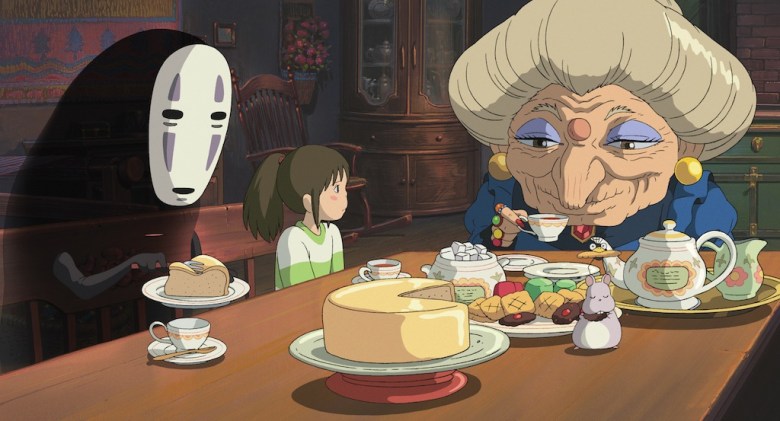 In the fifteen years since its initial release, Hayao Miyazaki’s animated film “Spirited Away,” about a 10-year-old girl who enters a mysterious spirit world to free herself and her parents, has been cemented as a modern classic. It was universally acclaimed upon release, became the most successful film in Japanese history and won the Oscar for Best Animated Feature. This past August, the film was voted as the fourth best film of the 21st century so far by over 177 film critics from around the world.

READ MORE: The 100 Greatest Films of the 21st Century: BBC Polls Critics From Around The Globe

Now, in honor of its 15th anniversary, “Spirited Away” will return to over 400 theaters nationwide for a two-night event this December, courtesy of GKIDS and Fathom Events. On Sunday, December 4, the film will screen at 12 p.m. dubbed in English, while on Monday, December 5, it will screen at 7 p.m. with English-language subtitles. “Spirited Away” will also screen with an exclusive Studio Ghibli short film “Ghiblies: Episode 2,” a unique 25-minute short featuring several comedic vignettes and caricatures of Studio Ghibli staff as they go about their day. The film has never been released in North America and will make its theatrical premiere at this special screening event.

READ MORE: From Worst To Best: Ranking The Films Of Hayao Miyazaki

For more information on tickets and theater locations, visit the Fathom Events website.

This Article is related to: Film and tagged Fathom Events, Hayao Miyazaki, Spirited Away, Studio Ghibli