The actor previously starred in the band's 2014 video for their single "Guilt Trip." 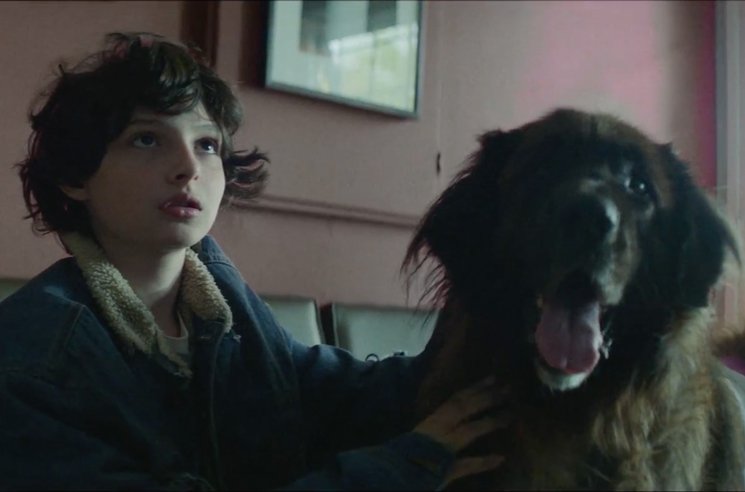 Finn Wolfhard is known as one of the many breakout stars in Netflix’s hit series “Stranger Things.” But before landing the gig on the Duffer brothers show, the actor starred in the 2014 “Guilt Trip” music video for Canadian punk rock band PUP.

Now, the 13 year-old reunited with the group for their latest video for “Sleep in the Heat,” which serves as a continuation of the “Guilt Trip” story. The song is from PUP’s sophomore album, “The Dream is Over,” and is about losing a pet. Per Vulture, Frontman Stefan Babcock wrote it after his pet chameleon, Norman, died when her tongue got infected.

The video shows Wolfhard as a younger version of the lead singer, befriending an adorable stray dog and becoming its new best friend. The dog goes on tour with the band, shares special moments with his new owner, but then suddenly gets sick and Wolfhard is forced to sell his guitar to pay for the vet.

“Sleep in the Heat” is directed by Jeremy Schaulin-Rioux and also features pictures of the band members with their beloved pets.

Wolfhard will next be seen reprising his role of Mike Wheeler in the second season of “Stranger Things” and will star in Andrés Muschietti’s remake of “It,” out September 8, 2017.

Watch the “Sleep in the Heat” music video below.

This Article is related to: Film and tagged Finn Wolfhard, Music