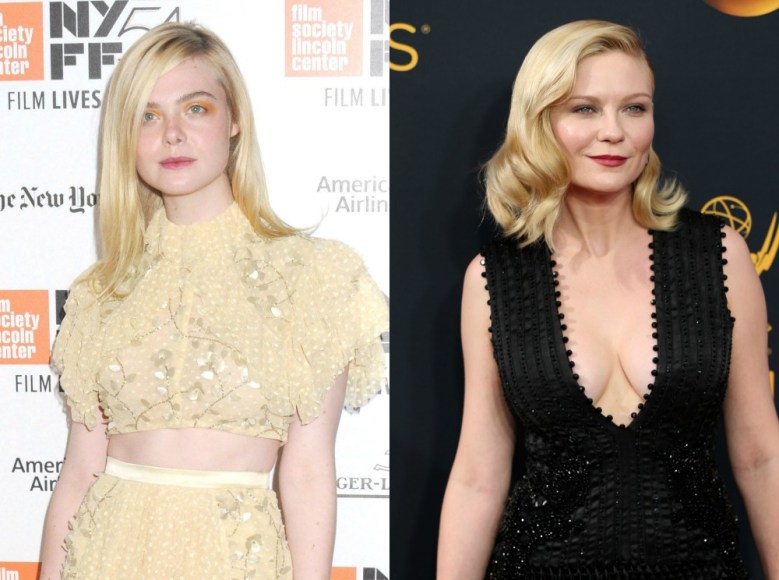 Production is currently underway on Sofia Coppola’s remake of the 1971 film “The Beguiled,” and the stars of the film, Elle Fanning and Kirsten Dunst, shared a new fun image from the set.

Channeling their inner Beyoncé and Serena Williams, the actresses are seen dressed in their characters’ costumes and posing on what looks like the same chair the singer used in her “Sorry” video.

Both Fanning and Dunst simply captioned the side-by-side images “#lemonade.”

The original film starred Clint Eastwood was based on Thomas P. Cullinan’s 1966 novel “A Painted Devil.” Set during the Civil War, the story followed a Union soldier imprisoned in a Confederate girls’ boarding school who disrupts the environment and slowly turns the women against each other.

The remake will be Coppola’s first feature-length film since 2013’s “The Bling Ring” and also co-stars Nicole Kidman, Colin Farrell and Angourie Rice.

Fanning previously starred in the director’s movie “Somewhere” and Dunst in “Marie Antoinette.” Both actress have shared a handful of images from the set of the upcoming film, including the one below from Dunst.

This Article is related to: Film and tagged Elle Fanning, Kirsten Dunst, Sofia Coppola, The Beguiled