Eastwood directs in a "really quiet soft voice" due to his time on the 1960's TV series "Rawhide." 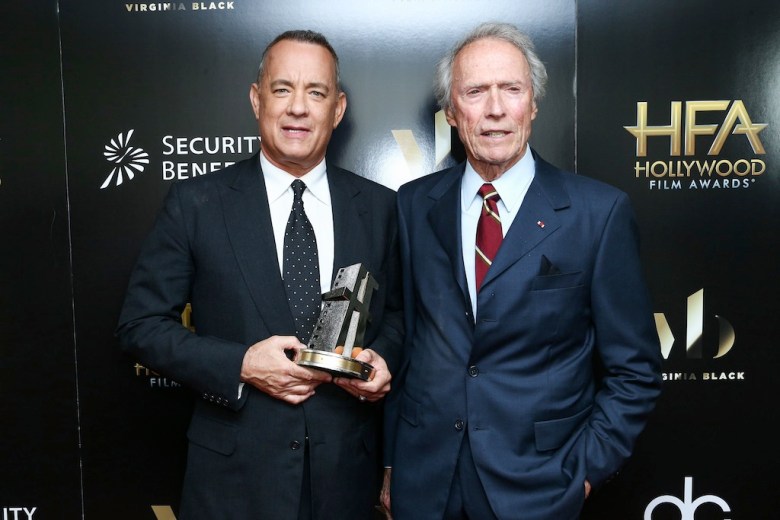 Tom Hanks has had a pretty busy year, starring in three different films, hosting “Saturday Night Live” and was a recipient of the Presidential Medal of Freedom. Hanks received the most acclaim for his performance as Captain Chesley “Sully” Sullenberger in the Clint Eastwood film “Sully,” which garnered critical and commercial acclaim. Hanks recently appeared on The Graham Norton Show and discussed working with the veteran director and his intimidating style.

READ MORE: ‘Sully’ Review: Tom Hanks Is a Hero In Clint Eastwood’s Drama, But the Crash Is the Real Star of the Show

“He treats his actors like horses,” says Hanks, “because when he did the 60s series ‘Rawhide,’ the director would shout ‘Action!’ and all the horses bolted. So when he’s in charge, he says in a really quiet soft voice, ‘All right, go ahead,’ and instead of shouting ‘Cut!’ he says ‘That’s enough of that.’ It’s intimidating as hell!”

Hanks also discussed how the real Sully was active in the production and pushed the cast to stay true to the reality of the moment. “Sully was very particular about how we portrayed the procedure and the emotions. He pulled out this dog-eared, stapled and notated script that he had read. Post-its, stapled index cards all over it – I’m sure his wife had even written ‘No’ across it in lipstick! We went through every page and every moment, every beat had been commented on. He had opinions.”

This Article is related to: Film and tagged Clint Eastwood, Sully, Tom Hanks