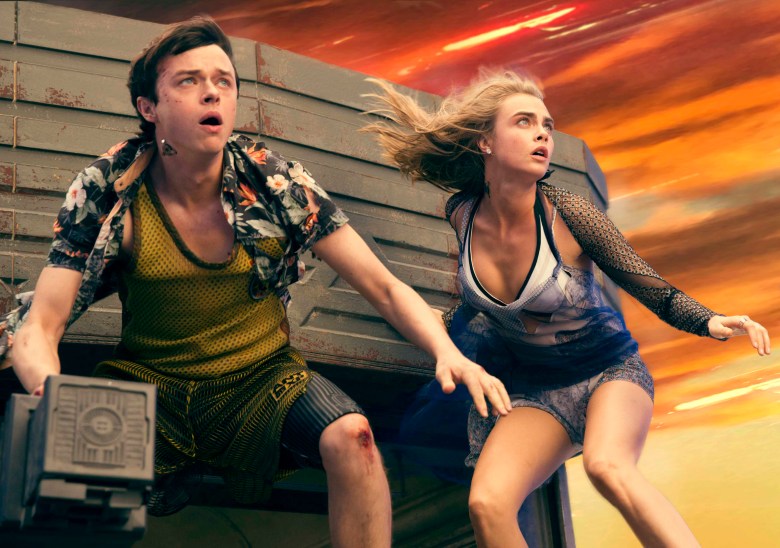 Whatever you think about the films of Luc Besson, it’s hard not to admire their huge ambitions. From 12-year-old hit-woman thriller “Leon: The Professional” to science-fiction visions like “The Fifth Element” and “Lucy,” Besson has endless ideas that always have the potential to deliver big time. His next film, “Valerian And The City Of A Thousand Planets,” certainly fits the bill, and it seems like it’s going to be his most blockbuster effort to date. The movie’s source material is the graphic novel series “Valerian and Laureline,” which has one of those grand space opera stories that seemed like a no brainer for a film adaptation.

Dane DeHaan and Cara Delevingne star as government operatives charged with maintaining order throughout the universe. According to the film’s official synopsis: “Valerian and Laureline embark on a mission to the breathtaking intergalactic city of Alpha, an ever-expanding metropolis comprised of thousands of different species from all four corners of the universe. Alpha’s seventeen million inhabitants have converged over time- uniting their talents, technology and resources for the betterment of all. Unfortunately, not everyone on Alpha shares in these same objectives; in fact, unseen forces are at work, placing our race in great danger.”

The new trailer looks a bit like “The Fifth Element” meets “Star Wars,” which is hardly a complaint. “Valerian And The City Of A Thousand Planets” opens July 21 in theaters nationwide. Clive Owen and Rihanna co-star. Check out the trailer below.

This Article is related to: Film and tagged Cara Delevingne, Dane DeHaan, Luc Besson, Valerian And The City Of A Thousand Planets