It's the second film in Rose's True Love Trilogy, which was designed to "to play on what's real and what isn't." 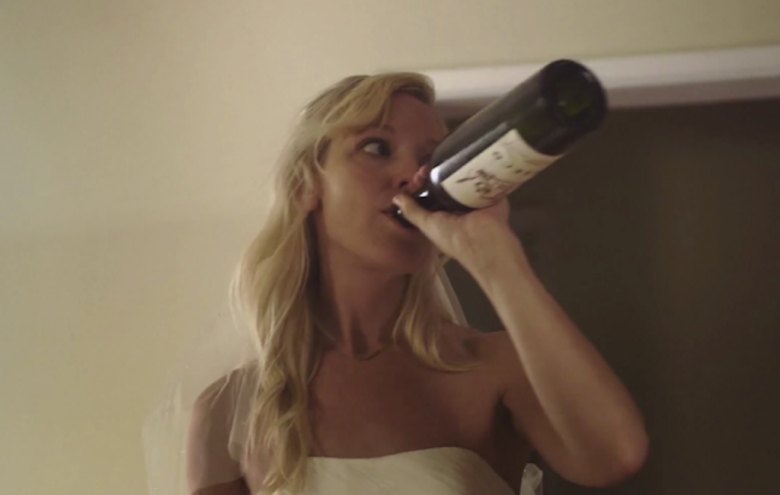 What if a wedding didn’t promise a new beginning but rather an ugly detour? That’s the core of Haroula Rose’s latest short film “Wedding Dress,” which follows the burgeoning relationship between two strangers who meet by chance. The film follows Michael (Joshua Leonard), a man estranged from his family for quite a while, who knocks on the door of his brother John’s (Dominic Bogart) house only for his new sister-in-law Rayanne (Abby Wathen) to answer the door. Soon they bond over wine and dance to The Allah-Las’ song “Catamaran” only for John to return home to reveal things aren’t what they seem. Watch the film below.

This is the second film in Rose’s True Love Trilogy, which was designed, in the words of Rose, “to play on what’s real and what isn’t” and to explore the notion “that life may seem ordinary but extraordinary things happen all the time.” The first film was “Baby Crazy,” which followed a blue-collar guy who finds a baby in his house after his girlfriend leaves him.

Meanwhile, “Wedding Dress” traveled the festival circuit last year and won the Best Short award at the LA Arthouse Film Festival and two Best Actress awards at the LA Indie Film Fest and Women’s Indie Fest. “I liked the idea of playing on expectations too, with regard to music, dancing, etc,” says Rose. “A woman in a wedding dress that dances (to this awesome Allah-Las song) but rather than celebrating her marriage she ends up escaping in it, to change her destiny.”

Rose has many projects currently in the works. She’s working on the final short in her trilogy, as well as producing the upcoming film “Permanent,” which stars Patricia Arquette (“Boyhood”) and Rainn Wilson (“The Office”). She’s also working on two features: “Once Upon a River,” based upon Bonnie Jo Campbell’s novel by the same name, and “No Love Song,” a feature-length version of the 2013 short film she co-wrote and co-starred.