The surprise short for Swedish clothing company H&M is reminiscent of "The Darjeeling Limited." 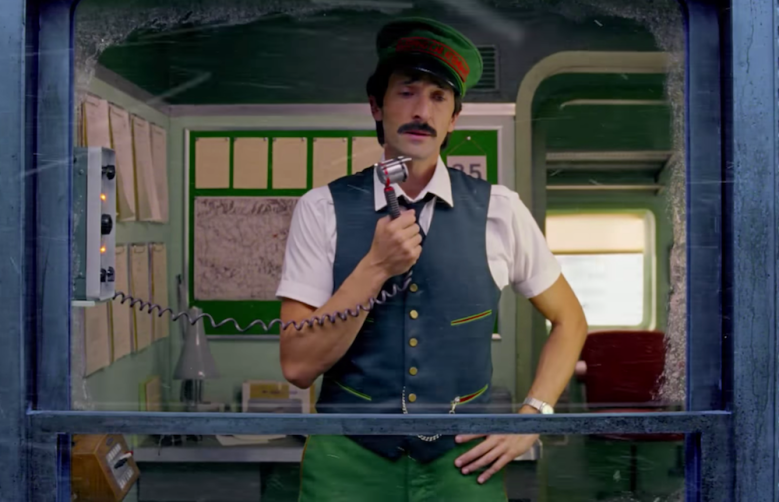 Christmas has come early for Wes Anderson fans. The filmmaker recently directed a surprise short film for Swedish clothing company H&M starring Adrien Brody called “Come Together.” Every frame is unmistakably Anderson, and the setting for the short — a moving train — makes the nearly four-minute spot feel like a little brother to “The Darjeeling Limited.”

Brody plays a character named Conductor Ralph, who has to inform passengers on Christmas that challenging weather conditions and mechanical difficulties have delayed their train nearly 12 hours. “Come Together,” which features a song by John Lennon, is not the first short form project Anderson has directed for a brand. He’s previously shot commercials for companies including American Express, AT&T, Hyundai, Stella Artois and SoftBank. His nearly eight-minute short film “Castello Cavalcanti” starring Jason Schwarzman was also presented by Prada, which collaborated with the director on a series of spots called “Prada Candy” starring Léa Seydoux.

Anderson is currently working on his untitled animated feature film, which will feature voices from Bryan Cranston, Edward Norton, Bill Murray, Jeff Goldblum and Bob Balaban. Cranston is the only actor who hasn’t previously worked with the director.

To watch the nearly four-minute short, check out the video below.

This Article is related to: Film and tagged Adrien Brody, Wes Anderson