Critics are not so thrilled with the latest video game movie. 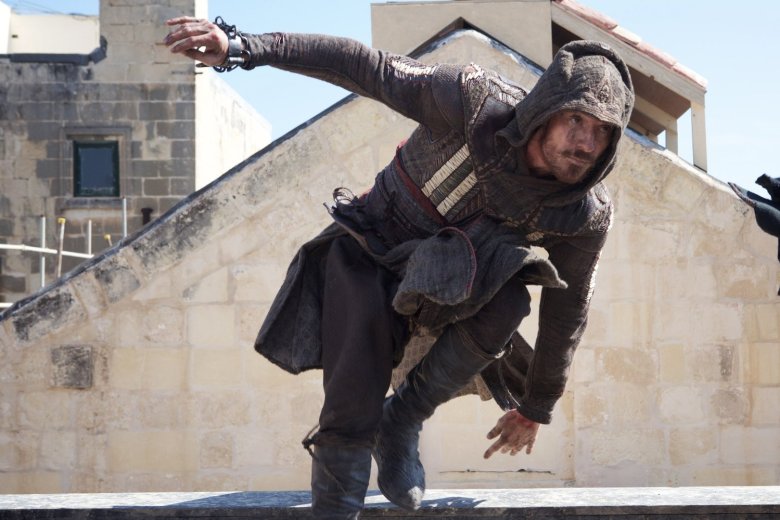 Justin Kurzel’s “Assassin’s Creed” starring Michael Fassbender and Marion Cotillard, arrives in theaters this week. The story revolves around criminal Callum Lynch (Fassbender), who is set to be executed but when the Templars learn of his Assassin ancestry, they fake his death in order to use him for their mission. Critics’ reviews are in, with many not so thrilled about the latest video game movie.

IndieWire’s David Ehrlich gave the film a B- and called it a “silly, senseless and possibly the best video game movie ever made.”

“Justin Kurzel’s adaptation is utterly ridiculous, but it’s also the most interesting blockbuster in a year where most of them were boring…Declaring this to be the best video game movie ever made is the kind of backhanded compliment that sounds like hyperbole, but the description fits the bill on both counts.”

Variety’s Owen Gleiberman wrote in his review that the action flick is “the same old sludge,” adding:

“To say that ‘Assassin’s Creed’ doesn’t make a lot of sense would be both accurate and beside the point. The film’s plot is a shambles, yet everything in it links back, with loopy exactitude, to the past…In ‘Assassin’s Creed,’ anything goes, nothing takes hold.”

“‘Assassin’s Creed’ is resolutely stone-faced, ditching the humdrum quips that are par for the course in today’s blockbusters. But this is almost two hours of convoluted hokum that might have benefited from a few self-deflating jabs. ‘What the f— is going on,’ wonders Fassbender at one point. If only you could discern the shadow of a wink. ‘Assassin’s Creed’ reps Fassbender’s first film as a producer, though it’s hard to see what excited him about it, given that he’s got nothing to play.”

“Fans of the video game franchise are likely to be even more disappointed than those merely looking for a historical action flick. The plot is that most dreadful of mixes: both laughably silly and needlessly complicated.”

Perri Nemiroff of Collider gave the film a C and wrote:

“All the riveting roof-top running and hand-to-hand combat in the world won’t make a movie worthwhile if you don’t give a damn about the characters.”

Vanity Fair’s Jordan Hoffman decided to instead focus on the sets after she “gave up rooting for anyone.”

“Midway through the picture, I gave up rooting for anyone – and instead cheered the set designers whose dazzling 15th-century Spanish interiors and cool modern laboratories are, time and again, kneecapped by director Justin Kurzel’s fetish for smoke and dust. Man, nobody can win in this game. It’s borderline impossible to follow the plot of this incoherent mess of potentially beautiful images…”

Peter Bradshaw of The Guardian wasn’t a fan of the movie, giving it one star out of five:

“‘What the f— is going on?’ mutters Michael Fassbender‘s character through clenched teeth, reasonably early on in the course of this interminable film, based on the lucrative video game series ‘Assassin’s Creed.’ You can imagine each of its stars – Fassbender, Marion Cotillard, Jeremy Irons, Essie Davis – saying much the same thing while looking through the script, before being directed to the fee on the last page of their contract.”

“Assassin’s Creed” will be released in theaters on December 21.