The 2017 Berlin Film Festival announced the first portion of the movies playing in Competition, and the lineup is already full of potential. 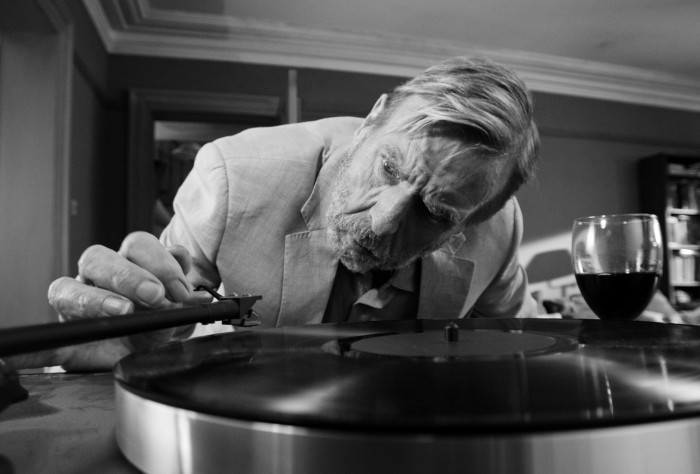 Comfortably wedged between Sundance and Cannes in every respect, the Berlin Film Festival is a massive orgy of world cinema that’s come to be known for the unrivaled variety of its programming. Best illustrated by its adventurous sidebars, the festival’s exotic tastes — unusual for such a glitzy and commercialized culture event — often spill over into the more prestigious Competition section, which has served as a launching pad for several of the current decade’s very best films (many of which, like Mia Hansen-Løve’s “Things to Come,” might have slipped through the cracks if not for such a prominent spotlight). And, in stark contrast to Cannes, the festival’s recent winners have been as worthy as they have been unexpected, ranging from a frigid Chinese neo-noir (“Black Coal, Thin Ice”) to a crushingly intimate documentary about Europe’s ongoing migrant crisis (“Fire at Sea”).

The first portion of the 2017 Competition lineup was announced this morning, and next year’s festival is already brimming with intrigue. Here are five storylines that stand out.

An under-appreciated talent who’s proven himself to be equally compelling as both a screenwriter (“Jesus’ Son,” “I’m Not There”) and a director (“The Messenger,” “Rampart”), Oren Moverman has displayed a rare gift for luring movie stars out of their comfort zones in favor of far more challenging terrain. Richard Gere, who delivered an unforgettably fraught performance as a homeless New Yorker in “Time Out out Mind,” must have been galvanized by the collaboration, as he’s re-teamed with Moverman for the Israeli-American auteur’s most high-profile project to date. Adapted from the Herman Koch bestseller of the same name and boasting a cast that also includes Laura Linney, Steve Coogan, and Rebecca Hall, “The Dinner” tells the claustrophobic story of a double date that goes horribly wrong. Given Moverman’s track record, it’s safe to assume that the film will lean into the caustic darkness of Koch’s novel. If Berlin audiences eat it up, The Orchard could have an indie hit on their hands when the “The Dinner” is served stateside in May. — DE

READ MORE: The 10 Most Anticipated Films Of The 2016 Berlin Film Festival Six years have elapsed since the last time the world was blessed with a new film by the peerlessly droll Aki Kaurismäki, and it was starting to seem as though the unofficial ambassador of Finnish cinema might have called it a wrap — after all, “Le Havre” is one of life’s few perfect things, and continues to feel like the immaculate summation of a brilliant career. But Kaurismäki doesn’t see things that way. On the contrary, he considers “Le Havre” to be the first chapter of a trilogy about the port cities of Europe, and he’s ready to reveal the second part. Revisiting a familiar premise that has only grown more timely since 2011, “The Other Side of Hope” follows a Syrian refugee (Simon Hussein Al-Bazoon) as he seeks asylum in Helsinki and befriends a smattering of dry-witted locals. This may sound like heavy going, but we’ve learned never to doubt the wry perseverance of Kaurismäki’s light touch. Its Berlin premiere likely tied to the film’s February 3 release in Finland, “The Other Side of Hope” is sure to be one of the safest bets at the festival. — DE

The beauty of a new Sally Potter film is that you never really know what you’re going to get. A creatively restless British director who last graced screens with 2012’s “Ginger and Rosa,” Potter has never been shy about her background on the stage, and her best films (e.g. 2004’s “Yes,” which was written in iambic pentameter, or 1992’s “Orlando,” which introduced Virginia Woolf to Tilda Swinton) have embraced the anarchic zeal of experimental theater. That bodes well for “The Party,” which sounds like it could have been a riotous one-act play. Inspired by the partisanship that has divided Britain down the center and isolated the country from the continent that had been happy to wear it like a crown, the film — told in real-time — is set at a private gathering where the guests are suddenly deprived of their most deeply held political beliefs. With a guest list that includes Emily Mortimer, Cillian Murphy, Patricia Clarkson, Timothy Spall, and the great Bruno Ganz, everyone in Berlin will be clamoring for an invite. — DE

Agnieszka Holland might be the most accomplished and versatile Polish filmmaker this side of Krzysztof Kieślowski (her career highlights somehow range from 1990’s seminal Holocaust drama, “Europa Europa,” to three standout episodes of “The Wire”), but it can be hard to keep pace with someone who’s so happy to follow the beat of her own drummer. In 2013, she conceived the remarkable miniseries “Burnish Bush” — in 2014, she followed that up by directing the misbegotten NBC reboot of “Rosemary’s Baby.” At this point we’re all just along for the ride, but now would be a terrible time to hop off, as her new film is adapted from a serial killer novel called “Drive Your Plough Over the Bones of the Dead,” and, well, that already sounds too awesome to ignore. A thriller about a series of murders that are tearing their way through a small town, and the elderly woman who somehow becomes the prime suspect, “Spoor” like a refreshingly nasty treat in a competition lineup that often trends towards austerity. — DE

Chilean filmmaker Sebastian Lelio is a regular at Berlin, which premiered his emotional crowdpleaser “Gloria” in 2014. (The Berlin-based filmmaker also owns a restaurant with the same name.) That film, which starred Paulina Garcia as the eponymous middle-aged woman getting her groove back, demonstrated Lelio’s ability to develop intimate drama around a handful of tightly-wound performances. He seems to be on track for another strong example of that talent with his latest effort, which stars Daniela Vega as a transsexual woman coping with her boyfriend’s death. As she battles to get along with her dead lovers’ relatives, she’s forced to confront the limitations of her society. Both timely and provocative, this one is unlikely to leave a dry eye in the Berlinale Palast, where it will premiere in Competition. —EK

The 67th Berlin International Film Festival will run from February 9 through 19. Further films will be revealed in the coming weeks. For more information, visit the official website.

This Article is related to: Film and tagged Berlin 2017, Berlin Film Festival