Tremblay and Eichner remind New Yorkers about his Critics' Choice Award for "Room." 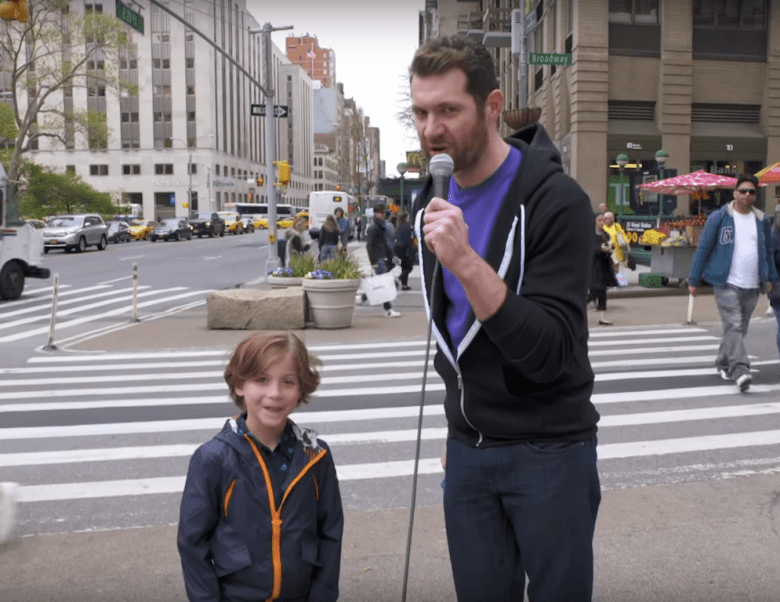 Last year, Lenny Abrahamson’s “Room,” written by and based upon Emma Donoghue’s novel by the same name, follows a young woman (Brie Larson) and her five-year-old son Jack (Jacob Tremblay) as captives of a dangerous kidnapper. The film garnered quite a bit of acclaim, including four Oscar nominations, and the young Tremblay won a Critics’ Choice Award for Best Young Performer. Now, a year later, Tremblay guest stars on this week’s Billy Eichner’s TruTV comedy game show “Billy on the Street” where he walks around New York with Eichner reminding citizens that “he’s more successful than they are and is blowing up in Hollywood right now.”  Watch the segment below.

Tremblay is not the only guest on this upcoming episode of “Billy on the Street”: Billy and Nikki the Mormon play Match the Publicist to the Client, and a surprise celeb guest returns for a special holiday-themed sequel to one of Billy’s most popular segments.

Following “Room,” Tremblay later appeared in the parody film “Donald Trump’s The Art of the Deal: The Movie,” the horror film “Before I Wake” and the thriller “Shut In.” He’s set to appear in the films “Burn Your Maps,” due out this February, Colin Trevorrow’s “The Book of Henry” and Stephen Chbosky “Wonder.”

This Article is related to: Television and tagged Billy on the Street, Jacob Tremblay, Room