Fox News, CNN and MSNBC experienced banner years thanks to the election, while major entertainment networks can't seem to stop their erosion – with a few exceptions. 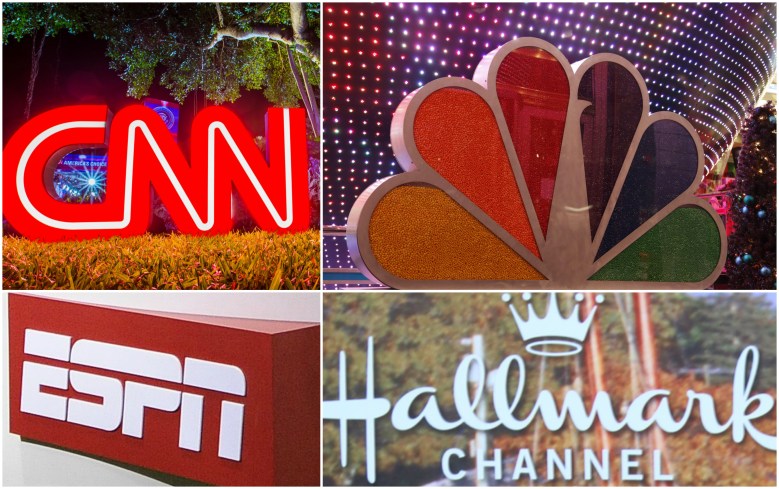 The presidential election was very, very good to the cable news networks.

Here are a few more winners and losers from 2016:

NBC: Among the broadcasters, NBC – fueled by the Summer Olympics and programs like NFL football, “The Voice” and “This Is Us,” was the only network to show year-to-year growth in viewers (up 8%) and adults 18-49 (up 3%).

Hallmark Channel: As most general entertainment cable networks struggle with massive erosion, the feel-good network targeting older viewers (you know, the people still watching linear TV) continues to impress. The channel was up a whopping 26% with adults 18-49 in 2016, and its sister Hallmark Movies & Mysteries channel also enjoyed double-digit growth. Those Hallmark TV movies may be cheesy, but they’re also heavily watched.

Fox Sports 1: Thanks to its coverage of this year’s thrilling baseball playoffs, which eventually led to the Chicago Cubs’ historic World Series win, Fox Sports 1 grew 24% among viewers this year. It’s still nowhere near dominant ESPN’s ratings, but the network managed to get tremendous sampling this fall. (And it did leap ahead of ESPN2 to become cable’s No. 2 sports network.)

Univision: The Spanish-language network’s telenovelas, mostly produced by Mexico’s Televisa, have seen a steep drop-off in popularity. Rival Telemundo continues to gain on its rivals, and even began beating Univision in the key 18-49 demo this year for the first time ever. Univision’s dominance was once so large that the Spanish giant seemed unbeatable – but as demographics change and younger multilingual Latinos grow in numbers, Univision risks being left behind.

Basic cable entertainment networks: USA, TNT, Discovery, History, AMC and FX are still among the top-rated cable networks on TV, and they’re expanding their scripted offerings in a bid to stay relevant. And yet… all of those networks were down year-to-year in viewers and adults 18-49. The truth of the matter is, audience viewing habits are changing, and as more people watch on demand and via other platforms, the inevitable linear ratings erosion will continue.

ESPN: The worldwide leader in sports is still the worldwide leader. But the channel must contend with the reality that as cable subscribers move toward “skinny bundles,” ESPN is seeing its distribution decline. Combine that with an 11% ratings dip (ESPN2 was down 19%), and that translates to a real financial hit for parent Disney.

Syfy: The sci-fi network continues to struggle, with a large bench (“Channel Zero,” “Z Nation,” “The Expanse,” “Killjoys,” “Dark Matter,” “The Magicians”) but no real hits. Syfy’s 30% drop (in both viewers and 18-49) was the steepest decline of any major entertainment network.

Cable rebrands: Freeform (née ABC Family, down 22%) and MTV Classic (née VH1 Classic, down 34%) were both down this year after changing their names, while Viceland (née H2) wasn’t rated this year – so we have no official idea yet how it’s doing.

Here’s the ranker of almost every ad-supported broadcast and cable network in 2016 (with the exception of certain digital networks, as well as cable networks that aren’t measured by Nielsen), according to total viewers. (Below this chart, we also rank the year’s top 50 most-watched networks in the adults 18-49.)

This Article is related to: Television and tagged CNN, Fox News, MSNBC, Ratings, Year in Review 2016