The upcoming adult fantasy series might resemble the HBO mega-hit, but expect a very different tone from the Tarsem-directed drama. 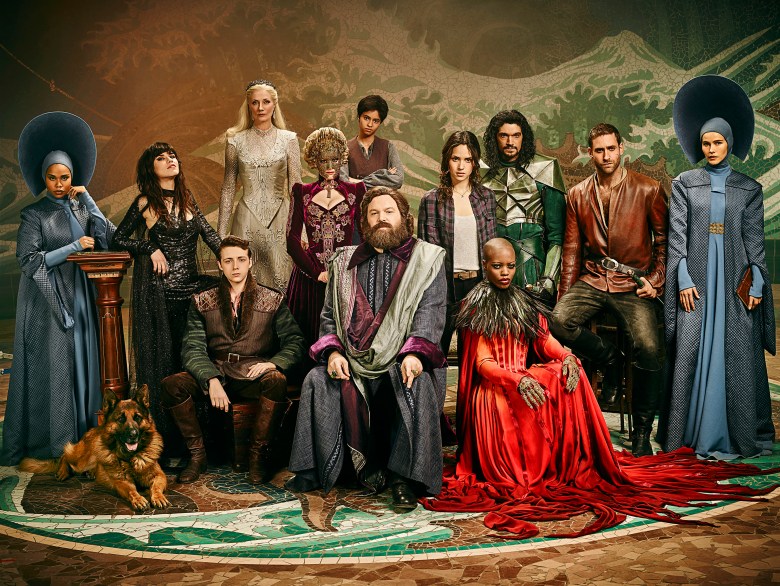 It might look like NBC’s “Emerald City” has a lot in common with “Game of Thrones” — but the two series are very different, at least in a few fundamental ways.

The wildly imaginative adaptation of “The Wizard of Oz,” premiering January 6, combines stories from author  L. Frank Baum’s original novels with the breathtaking visuals of director Tarsem Singh (who directed all 10 episodes). The result is an adult-themed fantasy world with just enough magic and mystery to remind viewers of Westeros as much as Judy Garland.

But at a recent NBC press event, “Emerald City” star Adria Arjona frowned when a reporter brought it up. While she said she was a big “Game of Thrones” fan, Arjona explained she didn’t like the comparison because “Tarsem has made such a beautiful magical world of its own.”

And in discussing what the two shows might or might not have in common, executive producer David Schulner made this promise: “We’re the same genre — adult fantasy — but I hope that our show is beautiful and less bleak and 100 percent less rape-y.”

Schulner said the lack of sexual violence in “Emerald City” came directly from the original text, first published in 1900. “Baum’s mom was one of the very first suffragettes, and Baum’s books are infused with feminism and anti-patriarcial [values],” he said. “In the second book [“The Marvelous Land of Oz”], an army of young women march on Emerald City because they’re tired of being ruled by men. These books are about, if anything, female empowerment. So it didn’t even enter into the equation. It’s not part of our DNA… There’s a strength and an outlook in Oz that is completely antithetical to that.” These comments come on the heels of the ongoing conversation regarding how sexual violence is depicted on screen, including a recent Variety story by Maureen Ryan in which many showrunners explained that they were putting a moratorium on rape and similar acts in their series. (It’s a great piece — read it.)

Just because there won’t be any rape on “Emerald City,” don’t expect the series to go easy on its characters. “Dorothy does get beaten up pretty good though,” added executive producer Shaun Cassidy. “Every female character on the show has an incredibly strong arc.”

No one knows that better than Vincent D’Onofrio, who plays a new interpretation of the Wizard. “Every character in the show that my character is afraid of is a woman,” he said.

“Emerald City” premieres January 6. Check out the trailer below.

This Article is related to: Television and tagged Emerald City, Game of Thrones, Tarsem Singh