"Generation KKK," which had been renamed "Escaping the KKK," is cut after producers admit that the docuseries' participants were paid. 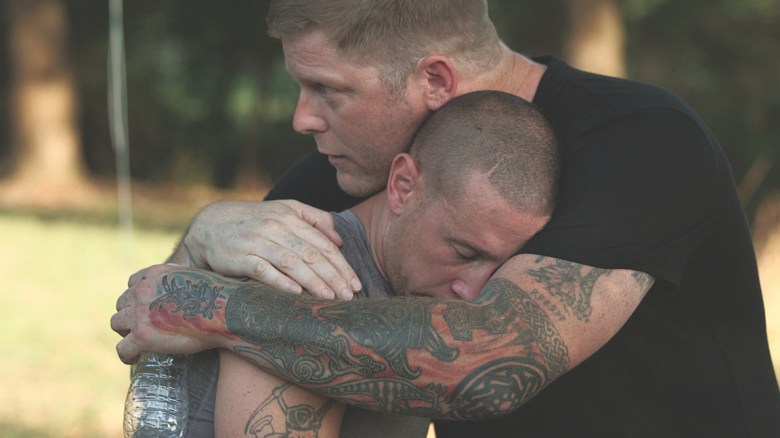 Just a day after the cable network hoped to silence criticism on its Ku Klux Klan-centric docuseries “Generation KKK” by changing the title, the network has now canceled the show all together.

In a statement, the network said it scrapped the series (which had been renamed “Escaping the KKK”) after discovering that participants on the show, including Klan members, were paid to participate by production company This Is Just A Test.

“A&E learned last night from the third-party producers who made the documentary that cash payments — which we currently understand to be nominal — were made in the field to some participants in order to facilitate access,” the network said on Saturday. “While we stand behind the intent of the series and the seriousness of the content, these payments are a direct violation of A&E’s policies and practices for a documentary.  We had previously provided assurances to the public and to our core partners – including the Anti-Defamation League and Color of Change – that no payment was made to hate group members, and we believed that to be the case at the time.  We have now decided not to move forward with airing this project.”

The “Generation KKK” debacle represented the second time in recent years that A&E has found itself in the middle of a controversy during the holiday season. The network’s messy suspension – then eventual non-suspension – of “Duck Dynasty” happened during late December 2013.

That scenario was different in that “Duck Dynasty” was already a smash hit for A&E at the time, averaging as many as 14 million viewers an episode. Then came remarks made to GQ by family patriarch Phil Robertson that were deemed homophobic and racist. A&E suspended the show’s stars (although it wasn’t in production), and then many conservative critics — including Sarah Palin and Louisiana Governor Bobby Jindal — accused the the cable network of infringing on Robertson’s free speech. (Never mind that A&E wasn’t the government.) Calls to boycott the network followed. The show returned, but the ratings declined after that.

As we mentioned earlier this week, it was surprisingly tone deaf that A&E didn’t anticipate more of an uproar over “Generation KKK,” given the current political environment (and the fact that white supremacists groups were emboldened by the recent election of Donald Trump as president). And then it’s doubly surprising that A&E hadn’t done its due diligence, given the experience the network went through with “Duck Dynasty” (in which A&E tried to do the right thing, only to step into an even bigger, politically charged landmine).

Critics rightly debated whether the show properly walked the fine line between working to expose the Klan and inadvertently normalizing hate groups. A&E executive vice president/GM Rob Sharenow told IndieWire that he was indeed concerned about “Generation KKK” getting caught up in politics.

“I don’t want politics to be a barrier to people coming to this show,” Sharenow said. But as we mentioned earlier this week, in this era of social media and “fake news,” it would be, no matter what and the network should have prepared for the inevitable “KKK” controversy.

Ironically, the name change appeared to placate some critics of the show (including “Grey’s Anatomy” star Ellen Pompeo, who had criticized A&E but later thanked them for the title switch) – but then the revelation of the payments took things a step too far.

In canceling “Generation KKK,” A&E said it “takes the authenticity of its documentary programming and the subject of racism, hatred and violence very seriously.  Just because this particular show goes away, the issues of hate in America do not.  We will still seek to fight hate in America through on-air programming including town halls and documentary programs produced in partnership with civil rights organizations, as well as continue to work with the civil rights community to facilitate a deeper dialogue on ending hate through comprehensive educational and outreach campaigns.”

“Generation KKK” joins a long line of other reality shows that were produced but never saw the light of day due, ultimately, to ethical questions. ABC’s “Welcome to the Neighborhood” was canceled before air in 2005 because the show – in which families in a cul-de-sac chose who would get to move into the empty house next door – ran afoul of fair housing laws. In 2010, Fox’s “Our Little Genius” was yanked before air because it was discovered that some of the contestants were briefed on their questions beforehand – a violation of FCC rules about game show manipulation. In 2001, UPN’s “Manhunt” was pulled after six episodes, partly because the show turned out to be completely staged.

Eight episodes of “Generation KKK” / “Escaping the KKK” had been produced, and slated to launch on Jan. 10.

This Article is related to: Television and tagged A&E, Generation KKK