The show was scheduled to air its first episode on January 10. 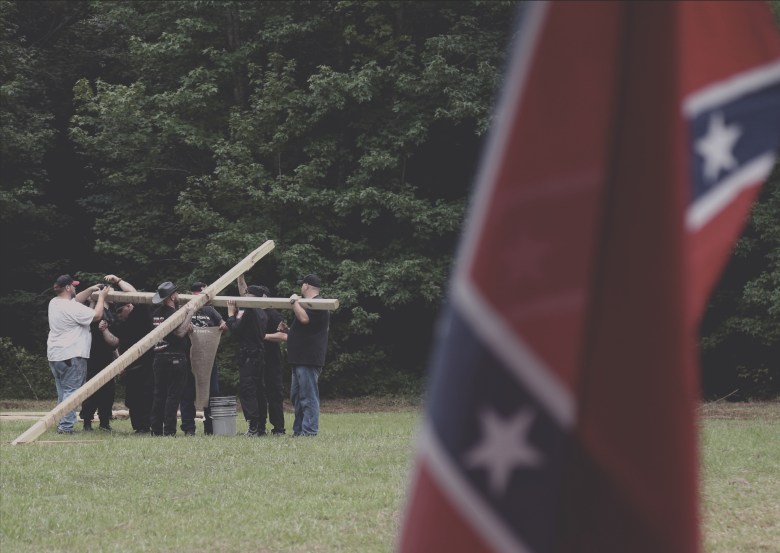 Without a single episode ever airing, “Generation KKK” has proven to be among the most controversial, talked-about shows of the year. The latest in the A&E docuseries’ saga — it had its title changed to “Escaping the KKK: A Documentary Series Exposing Hate in America” after public outcry and has since been canceled altogether after it was revealed that producers had paid interviewees — comes from Variety, who report that members of the Ku Klux Klan now allege that producers of the show paid them to fake scenes.

“We were betrayed by the producers and A&E,” said Richard Nichols, a Klan member who was to be featured on the series. “It was all made up — pretty much everything we said and did was fake and because that is what the film people told us to do and say.” He and others claim they were paid hundreds of dollars per day to distort the truth in a way that fit with the show’s preconceived narrative, which apparently emphasized the tension between members of the KKK and their relatives who wanted to leave. Variety spoke to more than two dozen participants of the show.

Among the fabrications, according to those interviewees: being encouraged not to file taxes on the cash payments they received, being told what to say on camera and lie about their identities and being told that the documentary would represent what being part of the KKK is actually like. Multiple sources even claim the production team paid for material and equipment used to build and then burn wooden crosses.

“This show is not rehearsed or prepackaged,” Rob Sharenow, executive vice president and general manager of A&E and Lifetime, told the Hollywood Reporter on December 19. “These filmmakers knew that they weren’t going in making a reality show, they were making a hard-hitting series about a provocative subject.”

“Escaping the KKK” was originally scheduled to air its first episode on January 10. Variety’s full report may be found here.

This Article is related to: Television and tagged A&E, Generation KKK