The film will be released nationwide on January 27. 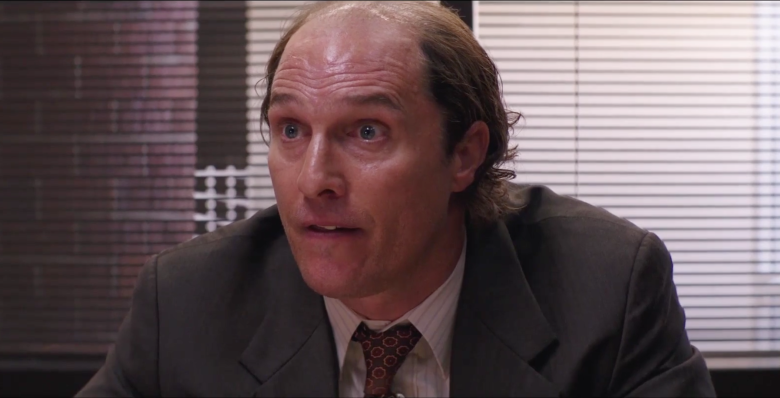 In “Gold,” Matthew McConaughey transforms into potbellied, balding and snaggletoothed Kenny Wells, a gold prospector who strikes it rich after he goes in search of it in the jungles of Indonesia. The first reviews for the film have been released, with critics agreeing that McConaughey gives a winning performance but the script lacks substance.

IndieWire’s David Ehrlich writes in his C- review that the film is “a watered down version of a fascinating real-life fraud” and that the script is “unfocused and severely underwritten.”

“Over time, ‘Gold’ becomes nothing more than a masterclass in watching a great actor try to build a fortune out of dirt, McConaughey — a man so inherently watchable that his affect alone elevated a series of car commercials into a meme — silting every line with enough vocal fry that the words almost seem to be hiding something under the surface. But it’s only a matter of time before the fraud is exposed, the movie sacrificing a fascinating crime story in favor of a sleepy economic morality play that never pans out.”

Variety’s Peter Debruge takes the film at “face value” and applauds McConaughey for his performance.

“McConaughey become[s] a one-man acting tornado… ‘Gold’ is one of those movies that could have gone either way, and some will surely label it a disaster over the tonal risks it takes, tightrope-walking as it does between sincerity and satire. But for those willing to take the characters at face value, it’s a deliriously entertaining ride, as a man with a dream drops his last quarter in the slot machine and goes home with the entire casino.”

Sheri Linden of The Hollywood Reporter’s bottom line was: “Doesn’t hit the mother lode, despite an ace lead performance.”

“As robust as the lead performance is, though, the movie around it, directed by Stephen Gaghan from a screenplay by Patrick Massett and John Zinman, too often feels serviceable rather than inspired…[McConaughey’s] intensity never flags. What’s missing from this story of struggle and glory and the need to believe is a fever to match his.”

The Wrap’s Alonso Duralde says that the film “takes an unpredictable turn.”

“The producers of ‘Gold’ should consider stopping people from leaving the theater midway through, since the film so craftily changes directions that it transforms from a movie you don’t want to see into one that you do… ‘Gold’ contains what may be one of the year’s best final shots; not only is it well-earned by that point, but it also doesn’t tell you how to react to it…This isn’t a perfect movie, but it’s admirable for its ability to keep more than one thought in its head at a time.”

Jordan Hoffman of The Guardian gave the film two out of five stars, writing:

“There’s not much that glitters in ‘Gold,’ a lackluster caper that proves that even the priciest ore can bore. Stephen Gaghan’s new film is an admixture of the capitalist nihilism from ‘The Wolf of Wall Street’ and the cheap-suit true crime of ‘American Hustle.’ On paper the elements are there, but unfortunately the alchemy fails. This year’s earlier picture ‘War Dogs,’ already something of a formulaic copy, comes off looking like quite the jewel by comparison.”

The adventure flick will play in Los Angeles for a one-week awards qualifying run beginning on December 31 and then open nationwide on January 27, 2017.

This Article is related to: Film and tagged Gold, Matthew McConaughey, Review Roundup