The "Stranger Things" actress was also named Breakout Star of the Year. 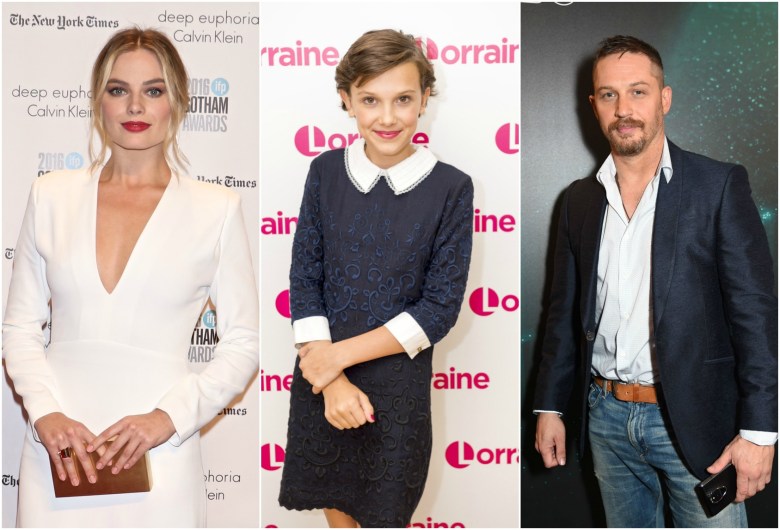 The end of the year means top 10 lists, predictions and reviews of what’s happened in the past twelve months. It’s always fun to see what the best shows and films of the year were – like IndieWire’s own lists – as well as see who the top celebrities of 2016 were.

This week, IMDb released their list of the top 10 stars of the year. The movie website determined the rankings of the actors and actresses by their IMDb weekly STARmeter and actual page views of the site’s more than 250 million monthly unique visitors.

READ MORE: The Best Films, TV Shows and More of 2016, According to IndieWire’s Staff

In first place is Margot Robbie, dethroning 2015’s top star Tom Hardy who is now in fourth place. The Australian actress wowed audiences this year as Harley Quinn in “Suicide Squad,” and roles in “Whiskey Tango Foxtrot” and “The Legend of Tarzan.”

“Many of the women who charted on IMDb’s Top 10 Stars of 2016 list portrayed strong female protagonists in some of the biggest live-action titles of the year,” said Keith Simanton, IMDb’s Senior Film Editor. “From ‘Suicide Squad’ and ‘Deadpool’ to ‘Star Wars: The Force Awakens,’ remarkable female characters were at the center of the action in 2016 – whether sprung from the pages of comic books or a galaxy far, far away.”

READ MORE: The Best of 2016: IndieWire’s Year in Review Bible

Check out the Top 10 stars and breakout stars lists below.