The film follows Kennedy's life in the aftermath of her husband's sudden assassination. 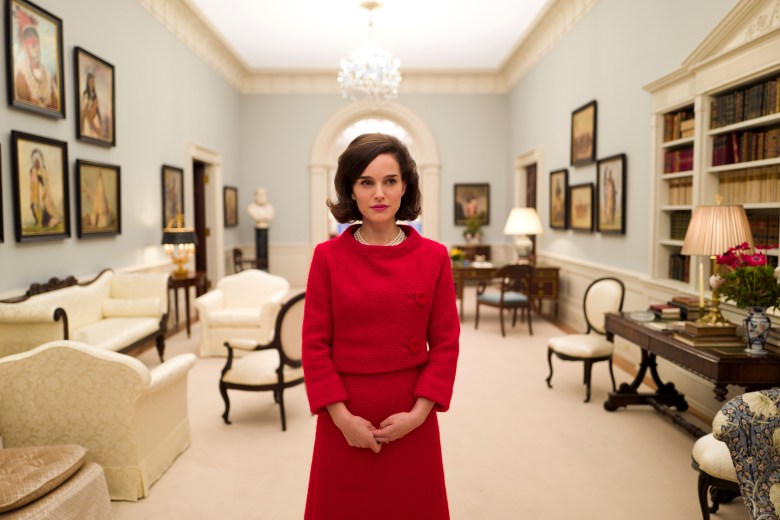 Pablo Larraín’s new biopic “Jackie” has wracked up critical acclaim on the festival circuit, but now audiences finally have a chance to see Natalie Portman’s performance as Jackie Kennedy as well as the rest of the cast, which include Peter Sarsgaard (“Experimenter”), Greta Gerwig (“Frances Ha”), Billy Crudup (“Almost Famous”) and John Hurt (“Alien”). Framed by two interviews — one with Life magazine post-assassination and another on the set of a TV special while she was First Lady — the film follows Kennedy’s life in the aftermath of her husband’s sudden death. Watch an exclusive featurette from the film featuring Portman, Larraín and the rest of the cast discussing the film at length.

This is the second film Larraín has released this year after his biographical drama “Neruda,” starring Gael García Bernal and Luis Gnecco. He has also released five prior features, including “The Club” and “No.” Earlier this year, Larraín won the Platform Prize at the Toronto International Film Festival.

“Jackie” made its world premiere at the Venice Film Festival this September. It later screened at the Toronto Film Festival, the New York Film Festival, AFI Fest and more. It opened in New York and Los Angeles on December 9 and expands to additional cities today.

This Article is related to: Film and tagged Jackie, Natalie Portman, Pablo Larraín