With a potential Oscar nomination on the horizon and a "Star Wars" movie in theaters, one of indie's favorite cinematographers is starting to get his due. 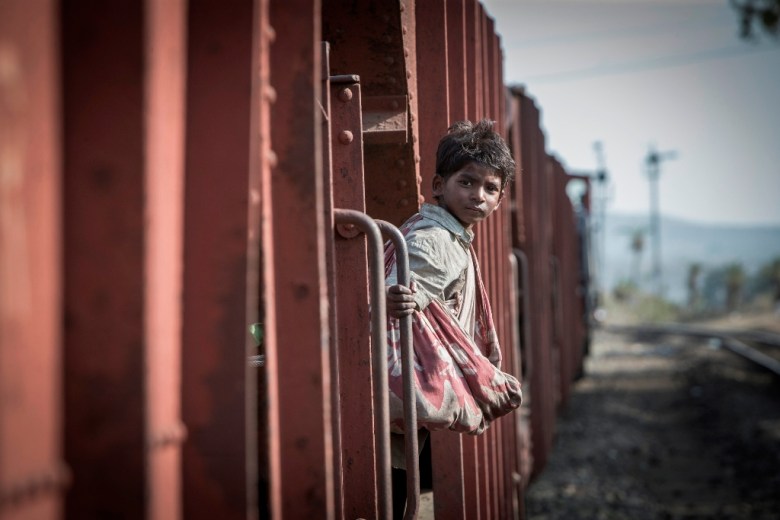 There is an image early in “Lion” where young Saroo (Sunny Pawar) is standing in a small valley between two hills. The late-day sun gives the rural Indian countryside a feeling of serenity. It’s as if the land is holding the five-year-old boy gently in its hands.

“Where we shot in India, you could literally dump the camera off the back of the truck and you’d have an amazing shot,” cinematographer Greig Fraser told IndieWire. “You have a plethora of choices to get a great shot, but it’s not necessarily what you need for the story.”

In “Lion” much of the imagery is built around a sense of home as that five-year-old boy, through a series of tragic accidents, will be separated from his family and raised by a different set of parents in Australia. That countryside image is one the movie will return to as it becomes a distant memory for an adult Saroo (Dev Patel), who obsessively tries to locate his the small village where he was born. “You needed him to feel grounded in both of those places [Australia and India], you needed him to feel absolutely at home for the story to work,” said Fraser. “​It is a beautiful shot, yeah, but what’s beautiful is what we chose not to show you. A sense of home doesn’t necessarily mean warm lighting, or something visually gratuitous like that. We are world builders based on as much what we put inside the frame as leave out.”

“Lion” is one of those inspiring, based on a too-good-to-be-true, real-life stories that often results in schmaltzy, golden-hued Hollywood films that pull too hard on your heart strings. By contrast, Garth Davis’ subtle feature debut (he directed four episodes of Jane Campion’s “Top of the Lake”) aims for the emotionally messy and is grounded in physical and psychological reality. It’s approach to storytelling that Fraser visually embeds in every frame of the film.

READ MORE: Google Earth Goes to the Movies: How the Star of ‘Lion’ Found His Way Home

Davis and Fraser met 20 years ago when they were both working at Exit Film, a commercial and film production company in Melbourne. Davis was a director’s assistant; Fraser did odd jobs like cleaning up the stages. “When we were both starting off with our craft, we spent a lot of time together developing what interested us and what we aspired to as well,” said Davis. “A lot of the things we’ve done in this movie have come from that — honesty in the imagery, don’t use a lot of lighting and love of locations.”

“Lion,” which has a very real chance to being Fraser’s first Oscar nomination for Best Cinematography, falls in line with his other visually remarkable films like “Bright Star,” “Zero Dark Thirty,” and “Foxcatcher.” During the 41-year-old’s relatively short career, his films are defined by striking imagery that pulls from their locations and settings, rather than adding a layer of artifice.

In talking to different directors about Fraser, he is universally praised for his flexibility of bending to the story or their unique process, but there is one thing he is unbending about: the time of day they shoot.

“It’s the most important thing,” said Fraser. “Every single discussion I have with a first AD, or producers, is time of day. I can’t begin to tell you how many times I’ve fought for early-morning calls. The light is 90% of our job, we as humans respond to light and where it is at different times of day and not only in positive ways.”

In one scene in Calcutta, where Saroo is lost and in danger, he calls out to people getting off the train. He makes eye contact with a little girl, who stares back, but doesn’t respond.

“We chose to shoot that in the middle of the day because I wanted it to feel different, like a harsh wasteland,” said Fraser. “There’s a reason why Europeans take siesta in the middle of the day. It’s not just because it’s hot, but because it doesn’t feel good to be outside or look at light when it’s coming straight down overhead. Film captures that and leads to certain feelings being felt by the audience.”

It’s an example of how Calcutta train station scenes use a different visual language as young Saroo is lost and severed from his home.

“He gets out into the melee of color and movement and climbs up onto a pillar because that’s what you do when you are drowning in a sea of humans,” said Fraser.

It’s a remarkable sequence that serves as an example of how Fraser is able to accomplish a sense of grounded, documentary realism, but give it shape and style.

“We didn’t want the appearance of complete control; it needed to feel a little bit out of control, because that’s the state of the character,” said Fraser. “At the same time, we wanted to create a certain elegance to the image making, so it didn’t feel like a documentary.” The key was mixing shots where Davis and Fraser had trains they could control and not control. At night, away from the other platforms, they shot with a train they could control and 50 extras. As the train doors open, a choreographed camera follows Saroo through the controlled environment. That footage was mixed with shots where a long lens camera, hidden inside a box, captured young Saroo in sea of thousands.

Fraser says this approach wasn’t terribly different that how they shot “Zero Dark Thirty,” where based on the small time windows to access certain locations, they had limited time to get a specific shot.

“The key is you don’t want to control the controlled stuff too much and you don’t want to be too free flowing in uncontrolled situations,” said Fraser. “That can be a contentious issue with some directors. The joy of my career is I’ve gotten to work with great directors who get that balance.”

For director Bennett Miller, who worked with Fraser on “Foxcatcher,” it’s the cinematographer’s temperament that makes him an ideal collaborator.

​”There’s a patience and sensitivity to his work and relationships, that is as important as his talent,” said Miller. “Even if we’ve rehearsed something and plan something out, we’re going to create an environment where something spontaneous can happen that’ll serve our ends. And that’s as much in the photography of the scene as it is with the performances.”

As directors of Davis and Miller’s generation have a natural aversion to adding too much artificial lighting, but shun the visual ordinariness of taking a documentary-like approach to cinematography, Fraser has quickly become one of the most sought-after cinematographers in Hollywood. Even for a franchise like “Star Wars.” “My biggest concern, visually, was I didn’t want [“Rogue One”] to feel false,” said director Gareth Edwards. “I wanted it to feel like a real experience and at the same time beautiful. And trying to make it feel like we got really lucky all the time and didn’t contrive anything, which is really hard.”

When Edwards met with Fraser, before the director shared with the cinematographer his vision, he realized he’d found the person to shoot it.

“I went to meet Greig and before I said anything, he said he didn’t want to make a Hollywood film, something glossy,” said Edwards. “He basically said my spiel back to me. And from then on, we had a really great relationship.”

Fraser left the meeting with Edwards knowing he’d found a sci-fi film that he actually wanted to make. Edwards had described a movie where on the ground there was would be a gritty, realistic film, while up above the iconic images of x-wing fighters and the Death Star that had burned in Fraser’s brain since he was a boy. “I know I sound like I have a fever, but I don’t think [“Rogue One”] is much different than ‘Lion,'” said Fraser. “There’s a matter of scale, sure, one is set in India and Austrailia, and one is set in a galaxy far, far away, but it’s core in terms of visual storytelling and my collaboration with Gareth is remarkably similar to Garth.”

Fraser doesn’t see movies as being totally different entities, but that there is a symbiotic relationship between projects.

“One job informs another job technically and visually and emotionally,” said Fraser. “A perfect example, we were testing the new color changeable LED lights while doing early prep on ‘Rogue,” that do an amazing job replicating real light. I realized they’d be perfect for ‘Lion’ as well as this big Lucas movie, so I brought them to shoot in the slums and on the streets of India.”

Fraser also says the technical side of shooting a VFX-heavy movie like “Rogue One” was not difficult. Having worked with effects on a number of commercials and “Snow White and the Huntsman” he felt well versed, saying, “lighting processed shots isn’t particularly difficult.” Buttressed by a VFX guru-turned-director Edwards and ILM VFZ supervisor John Knoll, Fraser said shooting the pyrotechnics aspect of a “Star Wars” movie was seamless collaboration.

In one respect, Fraser did chart new technical territory with “Rogue One,” deciding to shoot the entire film on the large-format Arri 65 camera, which had been used to shoot part of “The Revenant.” Alongside “Sully,” “Rogue” was the first film to use it for its entire production. “The thought is these cameras could be used for VFX or second unit because of the higher resolution, but when I tested it I instantly fell in love,” said Fraser. “The images are so emotionally encompassing, it’s just amazingly filmic and immersive.”

Fraser calls the camera a “game-changer,” but rejects the idea they are ideal for only large franchise movies.

“I just finished shooting Garth’s second movie ‘Mary Magdalene,’ with it, and that’s this intimate film set in 33 AD,” said Fraser. “It’s all filmmaking, this idea that we need to pigeonhole technology or approach to different types of movies is so limiting.”