Twenty-five years after his first brush with awards glory, the singular filmmaker is back in the fray with his riotous Jane Austen adaptation. 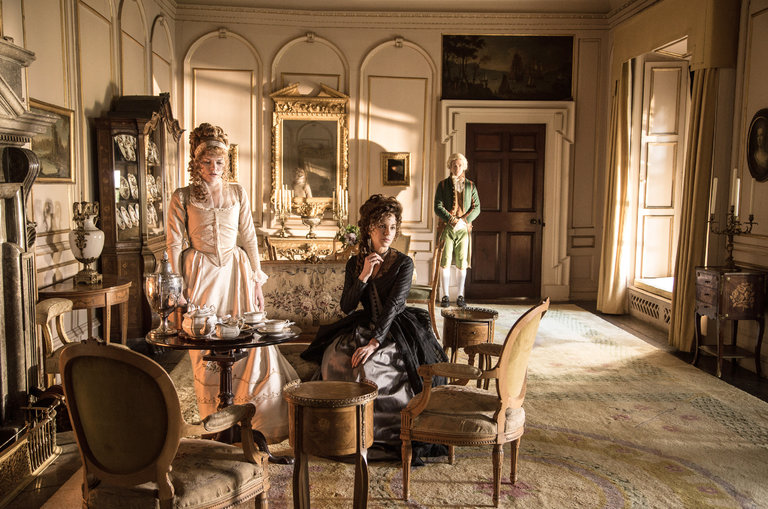 Whit Stillman has done this awards season thing before. Back in 1990, the first-time filmmaker was nominated for a Best Original Screenplay Oscar for his script for “Metropolitan,” a comedy of manners about a group of young Manhattanites lolling their way through a series of debutante galas and in-home gatherings during the holiday season. Stillman didn’t win – the award went to Bruce Joel Rubin for “Ghost” – but he still looks back on that period of his life with fondness.

“I remember going to my nominees luncheon and all the people were saying, ‘Don’t worry, you won’t get it. Just don’t worry, there’s no chance,'” Stillman recently told IndieWire. “And that was good, because I didn’t have to worry about writing any acceptance speeches. Then I thought, ‘But what if, what if you get it and I have to go up and say something, what am I going to say?'”

Stillman added with a laugh, “But I didn’t have to worry about that.”

The “Metropolitan” Oscar campaign was an endearingly slim one, and Stillman happily recalled that it involved exactly two elements: A black and white letter sent to members of the Writers Guild by Ira Deutchman, who was consulting for distributor New Line Cinema at the time, eventually followed by a VHS copy of the film after the film snagged its Oscar nod.

Now based in Paris, Stillman is in the midst of a different sort of campaign now for his latest film, “Love & Friendship,” a wickedly funny adaptation of Jane Austen’s novella “Lady Susan” that blends the filmmaker’s sharp observational wit with Austen’s canny ability to cut to the heart of people and their strange social habits.

The movie stars Stillman’s “The Last Days of Disco” leading ladies Kate Beckinsale and Chloe Sevigny as the duplicitous Lady Susan, who amusingly tears through her Regency Era community in search of suitable men for herself and her bewildered daughter, and Alicia Johnson, her American best friend and accomplice, respectively. The film debuted at Sundance in January, where the filmmaker expressed his intense relief that the project – years in the making – had finally panned out.

“I became very disillusioned with the whole thing, when you have a deal to write something and they announce it in Variety at Cannes or at the Berlin market, and so I was just thinking, ‘I’m not gonna mention this to anyone,'” he explained at the time.

Having initially conceived of the project in the early aughts, Stillman long felt protective of the piece, a feeling that became still more pronounced when word came out that there was a competing project in the works (one that, happily enough, did not pan out). Stillman put the project aside for years, eventually returning to it in 2013, as various financial setbacks and casting issues kept it from fully moving forward until 2015. “I had 10 years where things didn’t work out, so I’m happy to have a couple years where things work out,” he said at Sundance.

With a Gotham nomination under his belt for Best Screenplay, Stillman is again hitting the campaign trail, this time armed with a lot more than a single letter and some VHS copies. Last month, he and Beckinsale were on hand for a special screening of the film at New York City’s Crosby Street Hotel, which came complete with a lively post-showing Q&A. This past weekend, Stillman turned up at the Metrograph Theater for an anniversary screening of “Metropolitan.” On Monday afternoon, he attended a special luncheon for “Manchester By the Sea” to support the fellow Amazon Studios and Roadside Attractions release, another major awards contender this season.

Each event provided Stillman with the chance to chat up his film and screenplay, as well as the contributions of his cast, particularly his returning leading ladies Beckinsale (who picked up her own Gotham nomination for her work in the film, and just snagged a Critics Choice nod this week) and Sevigny and the film’s standout scene stealer and improviser, Tom Bennett as the delightfully dumb Sir James Martin.

Bennett helped Stillman to lose his grip on his script, something Whitman has only recently begun exploring, first on his 2011 comedy “Damsels in Distress” and later with his Amazon series “The Cosmopolitans.”

This time, Stillman loosened up on set, he said. “I’ve slowly been learning about this because I was pretty ignorant about what you can do when you’re shooting. The first three scripts, there wasn’t much change. We did a full-scale script that was probably a decent script going in, it’s just that we were able to add these things to the comic performances.”

During production, Stillman and his cast beefed up some of the film’s most uproarious bits, including Bennett’s scenes that chronicle Martin’s inability to understand peas and his long-standing belief that there are 12 Commandments, all additions from the actor who impressed Stillman with his comedic timing.

“Tom Bennett got that four page scene where it’s almost only him talking about the commandments,” Stillman remembered. “I claimed I sent a PDF to him earlier, but he claims he got it in the makeup chair. He bribed the hair and makeup people to take a long time so he could learn his lines, and he just walked on set and did an amazing thing.”

The process might have been different this time for the filmmaker, but the results are pure Stillman. “We’re about as indie as you can get as a film,” Stillman said. “Same story as ‘Metropolitan’ really. Just pieced together in tiny pieces.”

This Article is related to: Awards and tagged Consider This, Kate Beckinsale, Love & Friendship, Whit Stillman