The "American Honey" star brings his all to every role, even ones in disastrously confused thrillers about how America treats its veterans. 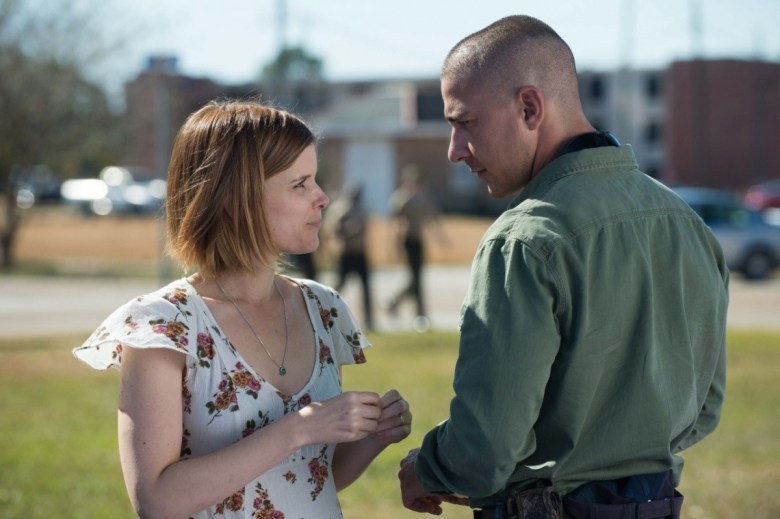 Some people struggle to find sympathy for Shia LaBeouf, a talented young actor whose career has so violently careened from studio blockbusters to outsider art projects that it often seems like he’s trolling the entire planet, but to watch him in Dito Montiel’s disastrous “Man Down” — to see how hard he throws himself even into a movie that nothing else going for it — is to recognize once and for all that LaBeouf is a performer who never shows up without the full courage of his convictions.

A well-intentioned but woefully misconceived genre mishmash, “Man Down” positions itself as a quasi-allegorical plea for Americans to take better care of their veterans, but even its best ideas are half-baked, and Montiel’s direct-to-video budget has no hope of affording his ambition. And yet, LaBeouf doesn’t seem to have gotten the memo; he leans into every line like he’s starring in the 21st century’s response to “The Best Years of Our Lives.” If he’s ultimately powerless to make this film worth watching, his performance is a strong reminder that his work should never be taken for granted.

LaBeouf, seemingly twice as jacked as he was in Andrea Arnold’s “American Honey,” plays Gabriel Drummer, a soldier whose growing paranoia about the future of our world (it seems as though he’s scared into joining the army by a fear-mongering Bill O’Reilly segment) isn’t entirely misplaced. Husband to a sweet wife (Kate Mara) and father to a cherubic little boy (Charlie Shotwell), Gabriel leaves his family in the hopes that he might help keep them safe, their memory sustaining him through the hell of basic training, the madness of the Afghanistan War, and — wait for it — the post-apocalyptic landscape he finds upon returning to the States. For many of our veterans, the fighting doesn’t stop when they go home from the battlefield; for Gabriel, home literally becomes the battlefield.

But if the idea of invigorating the traditional combat narrative with a hard genre twist sounds too interesting, rest assured that “Man Down” does everything in its power to suck the life out of its premise. Rather than charting Gabriel’s deterioration from a noble warrior to a confused veteran, Montiel (working from a script he co-wrote with Adam G. Simon) swirls the film into a senseless jumble that’s meant to illustrate the immensity of PTSD, but instead makes the story too scattered and ridiculous to support anything so urgently real as that.

After opening with a cringe-worthy cliffhanger in which Gabriel rescues his kid from the bowels of some empty industrial warehouse, the film then begins to pinball through time. Hinging on a conversation between Gabriel and an army counselor (a slumming Gary Oldman) and ungracefully bouncing between Gabriel’s domestic life, boot camp, his combat experience, and his non-adventures wandering the wasteland America has become in his absence, “Man Down” unfolds like a zombified retread of “Jacob’s Ladder” that withholds even the most basic information in the hopes of ginning up empty suspense. In fairness, we do eventually learn what happened to the United States — and the answer even goes some ways towards justifying why the homeland scenes are set against such an ugly, unconvincing blanket of cheap CG — but the reveal ridicules the experiences that Montiel means to respect.

READ MORE: Shia LaBeouf Says He Doesn’t Like The Movies He Made With Steven Spielberg

Much like “A Beautiful Mind” debased schizophrenia by representing it as a fun spy thriller, Montiel’s film turns PTSD into a “Call of Duty” cartoon, repeatedly shooting itself in the foot with its constant heavy-handedness. This is the kind of movie in which every line might as well be spoken directly into the camera, the kind of movie in which a wall is blasted with big graffiti letters that read “America, you have a problem!” You don’t even want to know what the title refers to, or how painfully the explanation is exhumed during the story’s gobsmacking final moments.

And yet, if LaBeouf ever recognized that “Man Down” wasn’t going to hold together, he refused to accept any sort of dishonorable discharge. On the contrary, he makes a meal out of every scene, regardless of where it falls on the film’s incoherent timeline. Re-teaming with Montiel (who first tapped into the actor’s insatiable hunger in his autobiographical debut feature, “A Guide to Recognizing Your Saints”), LaBeouf displays the utter commitment required to adequately depict mental illness. As Gabriel, he looks at his wife and kid like it’s the last time he’s ever going to see them alive, he fights through harrowing situations with the buzz of panic in his eyes, and he unflinchingly embodies our abstract anxieties about how this world is growing increasingly harder to see through the fog in our minds. LaBeouf’s need for support may not be remotely as dire as that of America’s veterans, but he and Gabriel both deserve greater recognition for their service.

“Man Down” opens in theaters on Friday, December 2.

This Article is related to: Film and tagged Man Down, Reviews, Shia LaBeouf