The film will be the first production from Studio Ponoc, co-founded by Hiromasa Yonebayashi and Yoshiaki Nishimura. 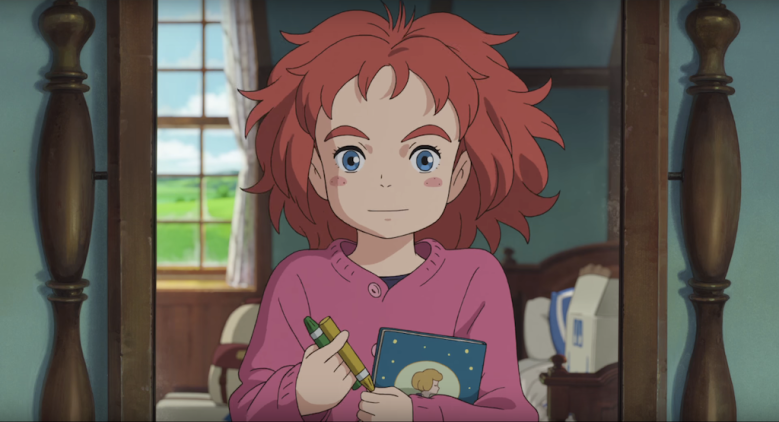 “Mary and the Witch’s Flower”

In 2014, Studio Ghibli announced that it would no longer produce feature films following director Hayao Miyazaki’s retirement. Its last work to date was Hiromasa Yonebayashi’s “When Marnie Was There,” about an adolescent girl who becomes obsessed with an abandoned mansion and a mysterious girl who lives there. Now, Yonebayashi and producer Yoshiaki Nishimura have founded a new company Studio Ponoc, which has employed many ex-Ghibli staffers, and will soon release its first production: “Mary and the Witch’s Flower.” Watch a short trailer for the film below, courtesy of Slate.

Adapted from Mary Stewart’s children’s book “The Little Broomstick” by Riko Sakaguchi (“The Tale of the Princess Kaguya”), the film follows a little girl who embarks on an adventure after being exiled to her great aunt’s house. It will be Yonebayashi’s third film following Ghibli’s “When Marnie Was There” and “The Secret World of Arrietty.”

As reported by the Telegraph’s Robbie Collin, Nishimura says that the film will be for children who are “moving into the 21st century.” “I think we all had a vision of what the world would be like,” he continues, “but it’s not the one we’re moving into. So what filmmakers should say at a time when people are losing hope – and what kind of film might help restore it in our children – are big themes for right now.”

“Mary and the Witch’s Flower” will premiere in summer 2017 in Japan.

This Article is related to: Film and tagged Hiromasa Yonebayashi, Mary and the Witch’s Flower, Studio Ghibli, Studio Ponoc