The dystopian thriller's renewal was announced at the Sao Paulo Comic Con Experience. 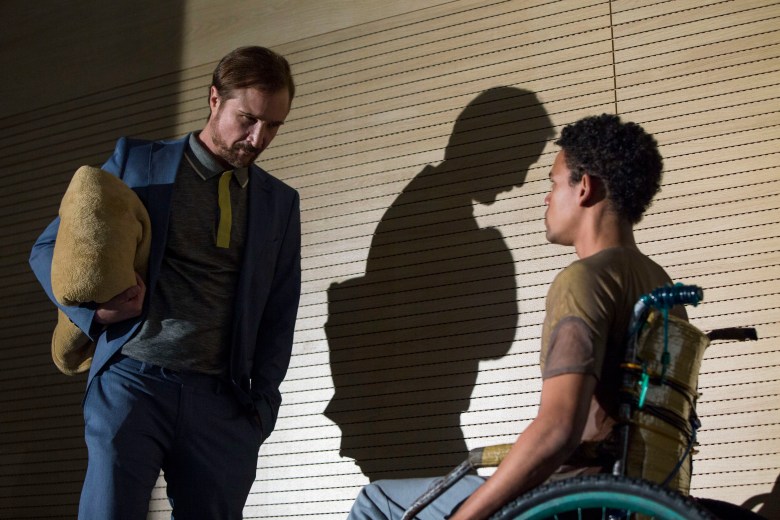 Joao Miguel and Michel Gomes in “3%.”

Intrigued by the mysteries of Netflix’s “3%”? You’re in luck, as Netflix has officially announced that the Brazilian dystopian thriller, created by Pedro Aguilera and executive produced by director Cesar Charlone (the notable cinematographer of 2002’s “City of God”) has been renewed for a second season.

Netflix VP of Marketing Latin America Vini Losacco revealed the news at CCXP (AKA the Sao Paulo Comic Con Experience) during a panel devoted to the series. While in classic Netflix tradition, no statistics are available as to how the series performed, an audience of 3,500 was there to watch the cast, including Bianca Comparato, Vaneza Oliveira, Michel Gomes, Rafael Lozano, Viviane Porto and Rodolfo Valente, learn the news. Based on the photo below, they were perhaps happy to hear it. “3%” depicts a future world in which 20-year-olds living in squalor have the opportunity to compete for a chance to join a far more prosperous society. The competition is brutal, but it’s the secrets these characters are hiding that might be their real undoing — and have us excited to see what comes next.

READ MORE: Netflix’s ‘3%’: Why The Show’s Most Disturbing Twist Still Haunts Us

Beyond the drama on screen, the series represents not just the first Brazilian original series produced by Netflix, but another step in the streaming giant’s ongoing quest to become a fully global company. No release date has been set for the show’s return. Check out some additional photos from the cast’s appearance at CCXP below. This Article is related to: Television and tagged 3%, Netflix, TV News