Not going out? You can party along just fine with these 8 live options, available on both TV and streaming. 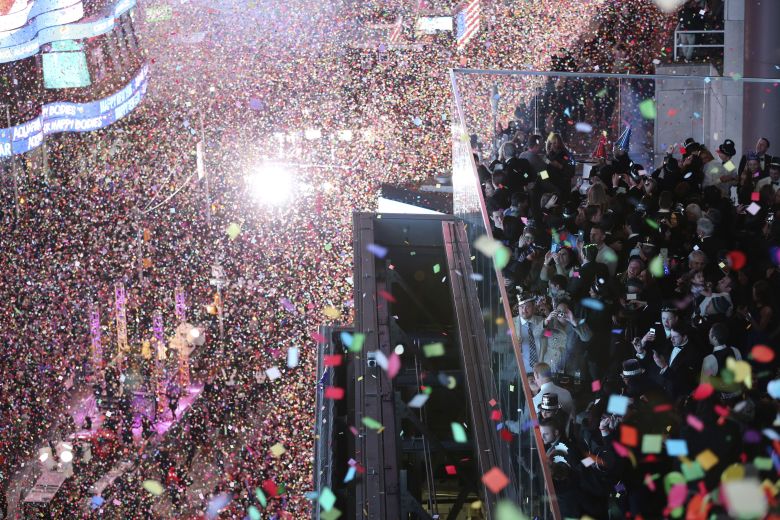 Not going out this year? You can party along just fine with these 8 live options, available on both TV and streaming. From network specials to Netflix’s hilariously clever “live” offerings, we’ve got something for everyone in the family, confetti and funny hats not included.

The webcast will feature live musical performances, hourly countdowns, behind-the-scenes stories and star-studded interviews as anticipation builds towards the midnight countdown and the famous Ball Drop.

The Geller siblings might not be in attendance this year, but Dick Clark’s signature show (hosted by Ryan Seacrest since 2006) is still the best known of the “rockin'” offerings. This year will include stops in Times Square, Hollywood and New Orleans, along with a number of musical performances and all kinds of the usual mirth. “Late Night” host Seth Meyers is getting his very own standalone special, care of a pre-recorded episode of his popular late night chat show, featuring fun guests (what wacky story will Jennifer Lawrence unveil in honor of the new year?) and musical performances (like Kelly Clarkson performing jams from “The Hamilton Mixtape”).

NBC’s relatively slim hour-long offering will cram in a number of musical performances, plenty of shots of the screaming throngs of Times Square attendees and the infamous Ball Drop. It’s the maximum of fun in the minimum of time.

Univision is not messing around this year, thanks to a massive 12-hour marathon to ring in the new year, including at least 6 hours of live coverage. The special kicks off on Saturday at 3:00 PM ET, and will reportedly include a look back at 2016’s biggest stories, A-list talent and a ton of musical performances.

While we’d never actively advocate for fooling your children into believing that New Year’s Eve has come and gone, Netflix is doing just that — again! — with their very clever pre-taped NYE countdowns hosted by the stars of some of their most beloved series. Pop these babies on, tuck your kiddos into bed and let the ball drop at, oh, like 7 PM or something. It’s been a long year.

Guests: The cast of shows like “Fuller House,” “Trollhunters” and “Chasing Cameron”
Start time: All pre-recorded and available now
Where to watch: Netflix!

This Article is related to: Television and tagged Digital, New Year's Eve, Streaming