The couple recently separated after 16 years together. 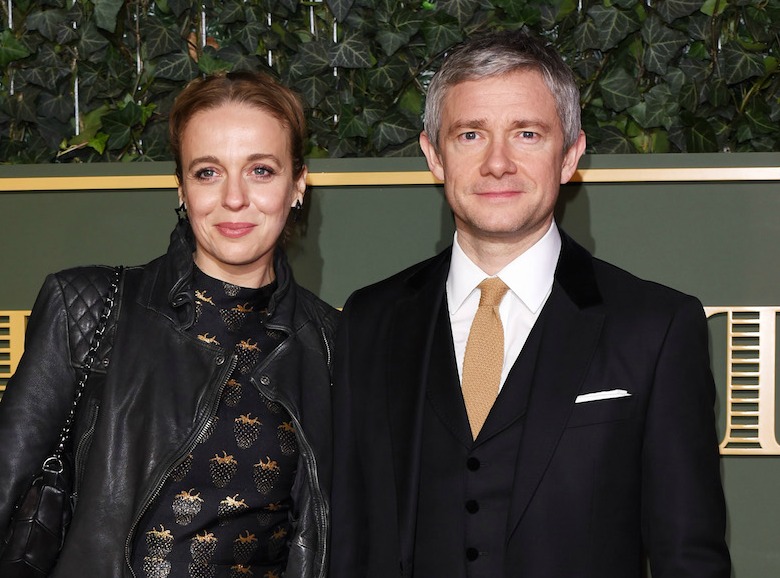 When “Sherlock” returns this January, fans will see Martin Freeman’s Doctor Watson and his wife Mary’s (portrayed by Amanda Abbington) relationship start to unravel. Though, the on-screen situation is something that the real-life couple has recently experienced.

After 16 years together and two children, Freeman and Abbington have separated in real life, with the actress telling the Sunday Telegraph, “[we] realized we’d come to the end of our time together.”

While it might seem uncomfortable to play your exes love interest – Abbington even called the experience “so weird” – the couple made things work on camera.

“Especially playing new parents again, up all night feeding and things, because we were effectively revisiting how it was when we first got together,” she explained. “I love working with Martin, and we definitely would do again, but there were some pressure points in this episode where we thought, ‘Oh, are we doing the right thing here?’, but the resounding answer was always yes.”

It also helps when the separation was entirely amicable and they remain “best friends” who “love each other.”

“There was no hostility, really, we just said that we couldn’t live together anymore, so we put everything in place, he moved out to a flat in north London, I stayed at home and we’ve started a new chapter,” she added.

According to the couple, their separation stemmed from their time apart while Freeman was constantly working.

“You can’t be away from people for too long, because you start to function on your own, and you get used to being separate [from] the person you’re supposed to be with,” the actress explained. “You lose that connection and lose sight of it, in the end.”

This Article is related to: Television and tagged Martin Freeman, Sherlock