The actress had recently joined the cast of Vlad Marsavin‘s feature film debut, “Wonderwell," and was working on a new stage show. 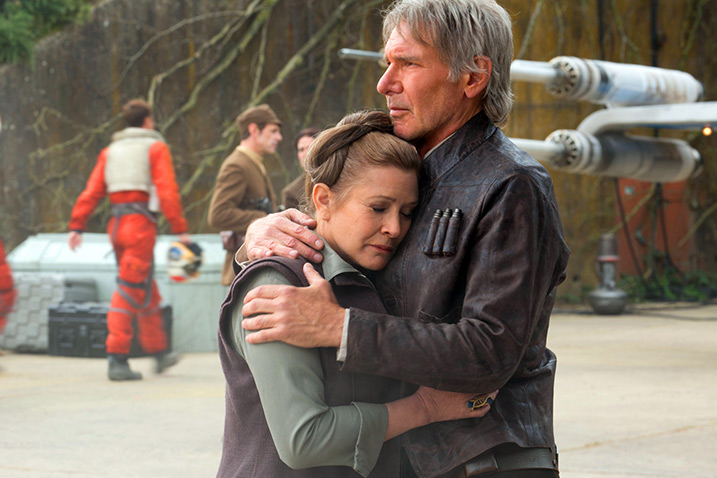 On Tuesday, December 27, the world said goodbye to Carrie Fisher after she passed away from suffering a heart attack. The actress had recently reprised her iconic role of Princess Leia in “Star Wars: The Force Awakens” and was set to appear in the upcoming “Star Wars: Episode VIII.”

Following the news of her death, sources confirmed to Variety that Fisher had completed her work on the eighth installment. Shooting had wrapped in July and the film is currently in post-production, which means that they will not have to address her death until the ninth film begins shooting in 2018. Fisher was also slated to appear in “Episode IX,” though there’s no word on how Lucasfilm will address the loss of the beloved character and actress in the franchise.

IndieWire had earlier reported that Fisher was preparing to create a sequel to her “Wishful Drinking” one-woman show, titled “Wishful Drinking Strikes Back: From Star Wars to, uh, Star Wars!” Geffen Playhouse commissioned the work last Thursday and, like the original, was to be a collaboration with Josh Ravetch as director.

Earlier this month it was announced that Fisher had joined Vlad Marsavin’s feature film debut, “Wonderwell,” a coming-of-age fable about a young girl discovering a thrilling, humorous and often terrifying passage to womanhood through the portal of her imagination. Filming was currently underway in Italy.

READ MORE: Carrie Fisher: 10 Key Roles Beyond ‘Star Wars’ You May Not Have Seen

Additionally, the actress and writer also had a recurring role on “Catastrophe,” where she portrayed the mother of Rob Delaney’s character. The third season of the Amazon series will premiere next year with Fisher appearing in one episode.

At this time it’s too early to tell what producers will do regarding Fisher’s characters in both projects.

Fisher and her mother, Debbie Reynolds, were also preparing to screen their new documentary, “Bright Lights: Starring Carrie Fisher and Debbie Reynolds,” at the upcoming Palm Springs Film Festival. The movie is slated to air in March on HBO. President of HBO Documentary Films and producer Shiela Nevins told IndieWire, “She was a friend and I lost her. I loved her.” When asked if the network had plans to air the documentary earlier than scheduled, she replied, “We will run the show sooner rather than later. We’ll see.”