His whole business is about revenge. 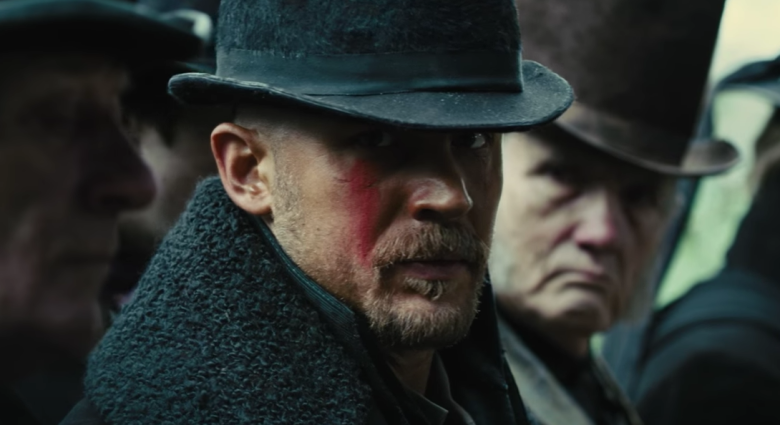 With two weeks to go before the series premiere of “Taboo,” the BBC has released a new trailer for Tom Hardy and Ridley Scott’s period shipping drama.

Set in 1814, the dark and gritty eight-part series follows Hardy as James Keziah Delaney, a man thought to be dead who returns to London to reclaim his father’s shipping empire and rebuild his life. Though, as the new trailer shows, not everyone is happy to see him return.

The series was created by Hardy, his father Chips Hardy and Steven Knight. Scott serves as executive producer, along with Hardy, Knight, Kate Crowe and Dean Baker.

Hardy can next be seen as Al Capone in “Fonzo,” “Mad Max: The Wasteland” and in Christopher Nolan’s historical drama “Dunkirk,” out July 17, 2017.

“Taboo” premieres in the UK on January 7 and stateside on January 10 on FX.

Check out the latest “Taboo” trailer below.