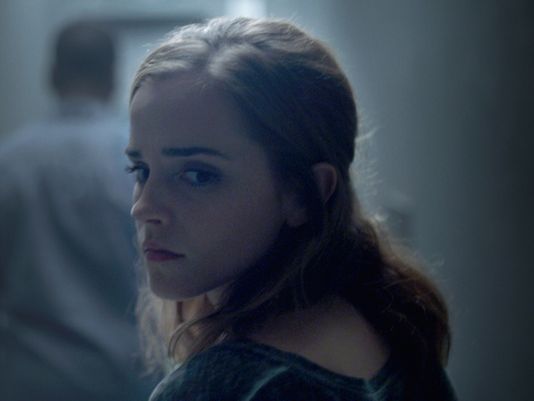 James Ponsoldt has become one of the most reliable indie directors in the industry following dramas like “Smashed,” “The Spectacular Now” and “The End Of The Tour.” His sensitive touch explores the nature of relationships in ways that are profoundly reliable and authentic, and now he’s set to play on his biggest canvas yet with “The Circle.”

We’ve been looking forward to this one for quite some time, as production began well over a year ago with Emma Watson, Tom Hanks and John Boyega, and now the first trailer has been released, courtesy of USA Today. The film is based on Dave Eggers’ 2013 novel of the same name, which centers around a young woman (Watson) who is hired by a powerful internet company and slowly falls down the rabbit hole of its dark conspiracies. Hanks plays the Steve Jobs-like figure at the head of the company.

The trailer below smoothly transitions from technological bliss to severe unease, capturing the growing tension of Eggers’ text. The most shocking part may actually be Ponsoldt’s involvement, as this thing looks and feels like nothing the indie director has done before. In an age where indie filmmakers are heading straight to giant blockbusters, this looks like a rewarding mid-budget step in Ponsoldt’s rise to the top (which includes his first studio film for Disney next).

EuropaCorp will release “The Circle” in theaters on April 28, 2017. Karen Gillan, Patton Oswalt, and Bill Paxton co-star. Watch the debut trailer below.

This Article is related to: Film and tagged Emma Watson, James Ponsoldt, The Circle, Video