John Legend, who serves as executive producer, will also guest star on the WGN America series. 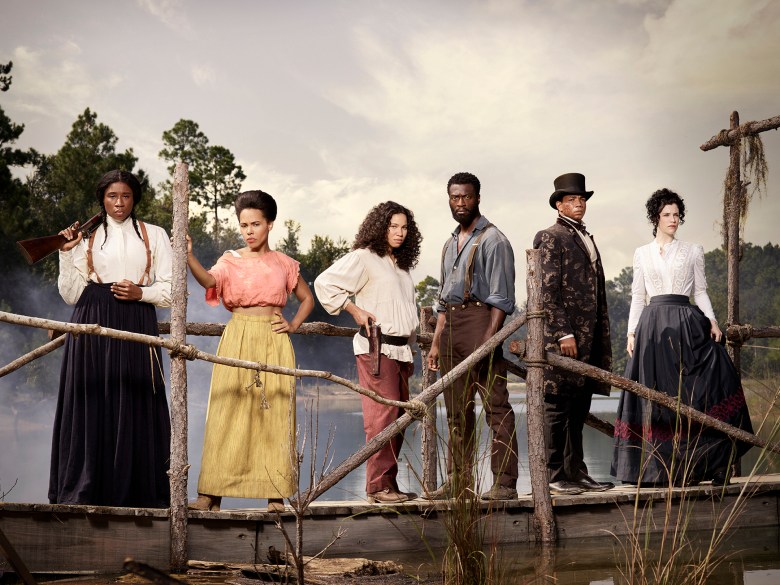 The first season of “Underground” became WGN America’s most-watched original program ever, delivering 3 million viewers each week. Now, Season 2 is around the corne, and the network has released the first photo and teaser trailer for the upcoming episodes.

The freshly released image (see above) shows us the first look at newcomer Aisha Hinds as the iconic Harriet Tubman, the fearless conductor of the Underground Railroad. She’s also accompanied by Amirah Vann as Ernestine, Jurnee Smollett-Bell as Rosalee, Aldis Hodge as Noah, Alano Miller as Cato and Jessica de Gouw as Elizabeth Hawkes.

The 30-second action-packed teaser also depicts the American hero, known for her grit and unrelenting will to help the enslaved people, in action ready to fight for everyone’s freedom.

“Nobody scared of you,” says Hinds as Tubman in the clip. “The plan has changed.”

The upcoming 10-episode, hourlong series follows an unremitting struggle for freedom within a divided America on the brink of civil war, each side vying to enact their own justice. Season 2 is set in the aftermath of the Macon 7’s daring attempt to stage the greatest escape in history and will show how this group of American heroes continue on their harrowing journey to freedom, with Tubman blazing the trail. Jasika Nicole, Michael Trotter and Jesse Luken also co-star, with John Legend guest starring as renowned abolitionist Frederick Douglass.

Season 2 of “Underground” premieres on Wednesday March 8 at 10 p.m. ET/PT on WGN America.

This Article is related to: Television and tagged Aisha Hinds, Trailers, Underground