The film will be released on VOD and iTunes on January 24, courtesy of XLrator Media. 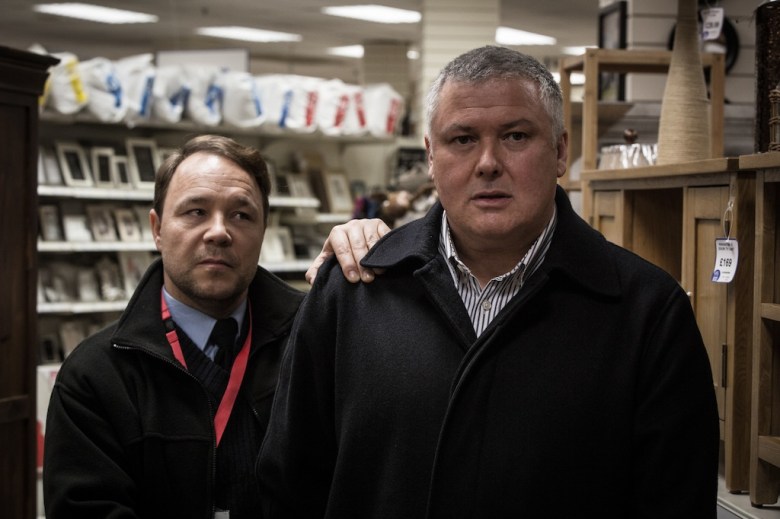 What happens when our closest guarded secrets are exposed by someone with an ulterior agenda? That question is at the heart of the new thriller “A Patch of Fog,” about a sinister security guard (Stephen Graham) who blackmails a famous TV host (Conleth Hill) into friendship after he catches him shoplifting and threatens to expose it to the world. It co-stars Lara Pulver (“Edge of Tomorrow”), Arsher Ali (“Remainder”), Stuart Graham (“Tinker Tailor Soldier Spy”) and Ian McElhinney (“Rogue One: A Star Wars Story”). Watch an exclusive clip from the film below.

The film is directed by Michael Lennox, who’s best known for his short films. He was nominated for an Oscar for directing the 2014 short “Boogaloo and Graham,” about two boys who raise baby chicks amidst major changes in their family. He also directed the shorts “Awaydays,” “The Back of Beyond,” “Nine Lives” and “Absence.”

Meanwhile, Stephen Graham is best known for playing Al Capone in the HBO series “Boardwalk Empire,” as well as the films “Gangs of New York,” “This Is England” and “Public Enemies.” Conleth Hill is best known for his playing Lord Varys on “Game of Thrones.”

“A Patch of Fog” made its world premiere at the 2015 Toronto International Film Festival. It will be released on VOD and iTunes on January 24, courtesy of XLrator Media.

This Article is related to: Film and tagged Stephen Graham, XLrator Media