From shoes to New Yorker covers, the power of a strong visual aesthetic is at the center of this beautiful documentary series. 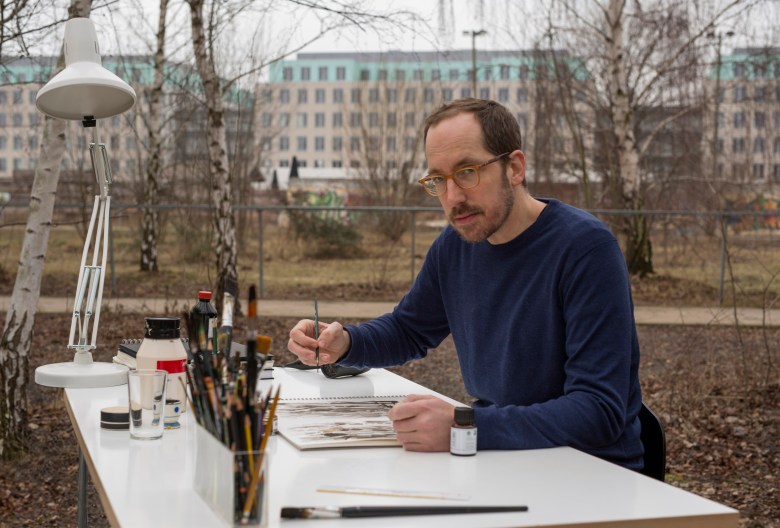 Despite its title, “Abstract” is relatively easy to grasp. The upcoming Netflix series, premiering at Sundance, takes a cue from “Chef’s Table” to spotlight great creative minds, working at the height of their talents and unafraid to reveal (some of) their vulnerabilities.

READ MORE: The 2017 IndieWire Sundance Bible: Every Review, Interview and News Item Posted During the Festival

Of course, “Abstract” has an advantage over “Chef’s Table,” in that while it’s easy to appreciate the beauty of the food being made on screen, there’s a whole sensory element that’s impossible to communicate to viewers. Meanwhile, “Abstract” is a celebration of pure design, which proves very easy to depict on screen.

Not that the filmmakers ever get lazy about it. In the two episodes screened, the craft of what these artists create is celebrated on screen in innovative ways — whether it be Morgan Neville’s whimsical use of animation to showcase the art of Christoph Niemann, or Brian Oakes’s focus on shoe technology when telling the story of Nike designer Tinker Hatfield. (Additional episodes of the series were directed by Chai Vasarhelya and Richard Press.)

Significant others don’t get any screen time; instead, the workspaces of these creators are documented on the level of MTV’s “Cribs” (a vastly underrated program). Yet while personal lives are kept relatively out of the picture, “Abstract” manages to get surprisingly intimate with the creators at its center. Neville’s depiction of Niemann is full of meta delights, tweaking the documentary format constantly to capture Niemann’s quirky point of view. Neville can even occasionally be heard off-camera, pushing his subject to reveal more… which he doesn’t really want to do. “Honestly, nobody wants authenticity,” he claims, in one of the episode’s most authentic moments.

Because in the end, the portrait of the artist never feels incomplete — instead, Niemann’s reticence helps define the control freak qualities he readily admits to. There are moments that feel forced or staged, especially when Niemann is seen walking back and forth across screen, but they’re relatively forgivable.

Oakes is relatively conventional with his episode, tracking Hatfield’s evolution from student athlete to designing Air Jordans with talking head interviews and archival material. But that’s not really an issue once you reach the point where he starts talking about designing the self-lacing sneakers from “Back to the Future II” — and then, in 2006, trying to make them happen for real.

There’s real excitement in hearing a creator explain his inspirations, when it’s done right — and that’s something “Abstract” is rich with. You never know, after all, where a great idea might come from, such as with Hatfield’s notion to expose the airbag inside the soles of Nike shoes, which he came up with after looking at the exposed outer structure of Paris’s Centre Pompidou-Metz museum.

Don’t expect any explicitly political material here — there’s no mention of the controversy surrounding Nike’s use of sweatshops to manufacture the shoes designed by Hatfield, for example. There’s also not much narrative drive; both men are working on massive projects over the course of their episodes (Niemann is trying to recreate an “augmented reality” cover for The New Yorker, while Hatfield tries to shift “power laces” from the realm of science fiction to reality), but there’s no tension as to whether or not they’ll be able to conquer these challenges.

But it is fascinating to see this sort of focus applied to the creation of what we might otherwise take for granted, and appreciate not just the art, but the artist behind this work. There’s a beautiful optimism in looking to the artists working in these turbulent days, and that’s something that “Abstract” leans into, playing with the format in ways which prove captivating. We might yearn for more urgency to these stories, but they’re undeniably fascinating.

“Abstract: The Art of Design” premiered as part of the Docuseries Showcase at the 2017 Sundance Film Festival.

This Article is related to: Television and tagged Morgan Neville, Sundance 2017