TCA: "Do you want it now or do you want it good?" is often a question heard around FX. Also: John Landgraf reveals the latest Peak TV stats. 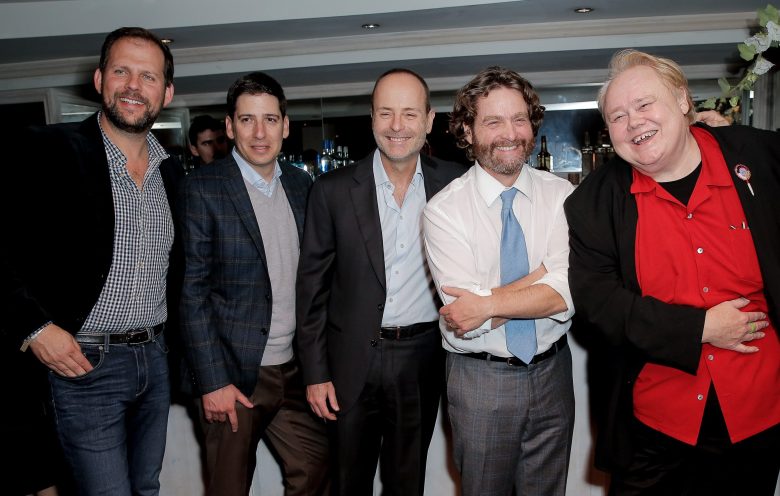 There will be no TV before it’s time.

That’s the mantra at FX, which is training viewers to be patient as some of the network’s biggest series – “American Crime Story,” “Fargo,” “Atlanta,” and “Louie” – take extended hiatuses.

The network confirmed Thursday morning that the next installment of “American Crime Story,” “Katrina,” wouldn’t premiere until 2018. Earlier in the day, FX also said “Atlanta” wouldn’t return until then.

READ MORE: Donald Glover Signs Major Overall Deal with FX, But ‘Atlanta’ Won’t Be Back Until 2018

The delays come from a variety of reasons. In the case of “Katrina,” the show’s producers (including Ryan Murphy) needed the time to craft a proper follow-up that is creatively on par with “The People v. O.J. Simpson.” But also logistically, there are certain times of year that productions can’t be insured in New Orleans due to (ironically, in this case) hurricane season.

“Louie,” of course, is an extra special case: Much like HBO’s “Curb Your Enthusiasm,” the show is now on a cycle that completely depends on when the series creator/star (in this case, Louis C.K.) is ready and willing to shoot another season. As Landgraf has said in the past, that means “Louie” could show up at any time, or not return for 30 years.

“American Crime Story” will actually shoot the limited series’ third installment, about the murder of fashion designer Gianni Versace, before “Katrina.” That will allow FX to air both editions within six months of each other in 2018, and perhaps put the show on a more regular schedule.

The delay on “Atlanta” comes from star Donald Glover’s busy schedule, as he prepares to play Lando Calrissian in the upcoming Young Han Solo “Star Wars” movie. “Fargo” took 16 months between Seasons 1 and 2 – partly to give creator Noah Hawley time to craft the second installment, but also due to the limited window when snow is on the ground where the show shoots in Canada.

FX’s bosses, gathered Thursday at the Television Critics Association press tour, said they’re usually willing to work around series creators’ needs, in order to make sure the shows are better. But they also don’t have broadcast-style strict TV season dates.

“We have a great luxury in not having a regimented schedule that the broadcast networks have,” noted FX Networks original programming president Nick Grad.

Eric Schrier, president of FX Productions programming, pointed out that long hiatuses matter less for limited-run series like “Fargo” and “American Crime Story,” which return with different stories each time.

“‘Fargo’ is a new show every year, so the time it comes back in is less important,” he said.

The varied timing does sometimes play havoc on FX’s awards strategy, but Grad said the network “is not leaving [series] on the shelf to wait for a certain awards season.”

Asked about Apple Music’s reported entry into the programming business – which means yet another outlet will contribute to the era of “Peak TV,” Landgraf said “we welcome them as competitors… there is an extraordinary amount of resources and capital in Silicon Valley, and that is creating an acceleration of the increase in programming.”

Landgraf repeated his assertion that he now believes that “Peak TV” bubble won’t burst until at least 2018. According to the latest tally by FX, there were 454 original scripted TV series in primetime last year, up from 420 in 2015, and more than double from 2010. This Article is related to: Television and tagged FX, John Landgraf, TCA 2017