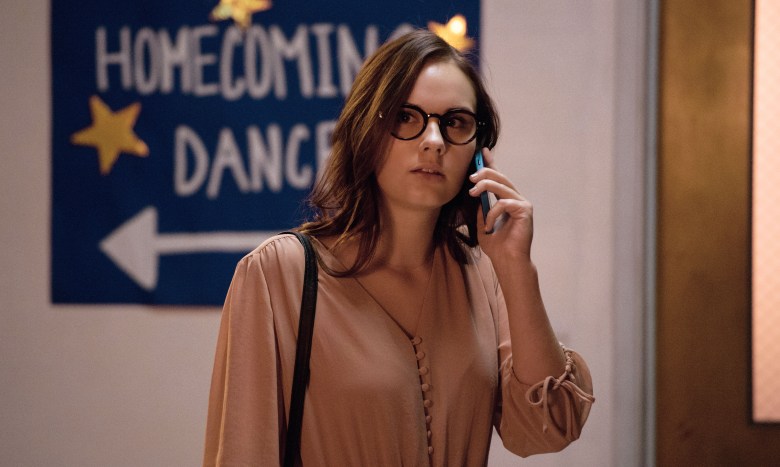 Online Essentials is a monthly column where we introduce you to an influential digital content creator in their own words.

If you’re embarrassed by old Facebook photos, imagine having seven years of YouTube videos from the age of 14. It’s just a fact of life for rising actress Arden Rose, star of New Form’s “Mr. Student Body President” and the second season of AwesomenessTV’s “Guidance.”

Rose began her YouTube channel in 2009 with hair and make-up videos, counseling her peers on curing acne and how to grow hair more quickly. Over the past seven years, her videos have quickly evolved from the ubiquitous talking head tutorial video to more stylized fare; with editing, music choices, and feminist politics, Rose’s channel stands out in a sea of clickbait titles and the viral challenge of the moment.

In a branded video for the make-up company Smashbox, she and filmmaker Will Darbyshire exhibit a tailored aesthetic with multiple costume changes and Rose’s trademark blend of self-deprecation and self-love. Many of her recent videos are scripted, and her ease with topics from mascara to anxiety to the election makes her a formidable online presence. Young people looking to Rose as a role model are in good hands. While many YouTubers have found the jump to acting elusive, Rose’s easy onscreen persona and sarcastic charm have served her well in two key roles. In “Mr. Student Body President,” she stars alongside Jeremy Shada (“Adventure Time”) as a savvy student government schemer Hadley, and she plays the less popular but similarly over-achieving Hillary in “Guidance.”

Both shows are available to stream on go90, Verizon’s free streaming service and the top distribution platform for the growing cadre of digital content studios. The site is host to many short form series utilizing YouTube talent, of varying qualities. “Guidance” and “Mr. Student Body President” are two projects that speak well for the new medium.

IndieWire asked Rose our own version of the Proust questionnaire, going straight to the source for some insider knowledge about the funniest online videos, viral trends, and YouTube challenges. These are her emailed responses.

What are the last three videos you watched?

Dodie Clark’s “Sick of Losing Soulmates” music vid, my new video (to make sure everything was edited correctly and I don’t have a nipple out or something), and a Buzzfeed video where people eat their favorite fast food. I’m a sucker for watching other people enjoy guilty pleasures.

I made my boyfriend watch a video of a cat freaking out because their owner came home. Man, I want a pet.

READ MORE: Smosh Grows Up: After 10 Years on YouTube, The Online Comedy Empire Continues to Evolve

Who rocked the mannequin challenge hardest?

Lauren Giraldo. I mean, a ton of people made amazing videos, but she posed like someone was dragging her by the hair at a busy house party. Into the detail.

Any Kermit related meme is going to make me snort/laugh. They’re typically self-destructive and hit way too close to home.

Which “BoJack Horseman” character do you wish would get their own spinoff?

Mr. Peanutbutter. But only if he went on an American Psycho-esque killing spree.

That’s What She Said and Lenny Letter. The first is an honest look at the real concerns of young girls trying to find themselves in a anti-feminist world, and the latter is like an older sister that has her shit together, but is still actively working towards dismantling the patriarchy. Good stuff all around.

Which up and coming YouTuber are you most excited about?

“Guidance” is available to stream on go90.