The world needs to know. 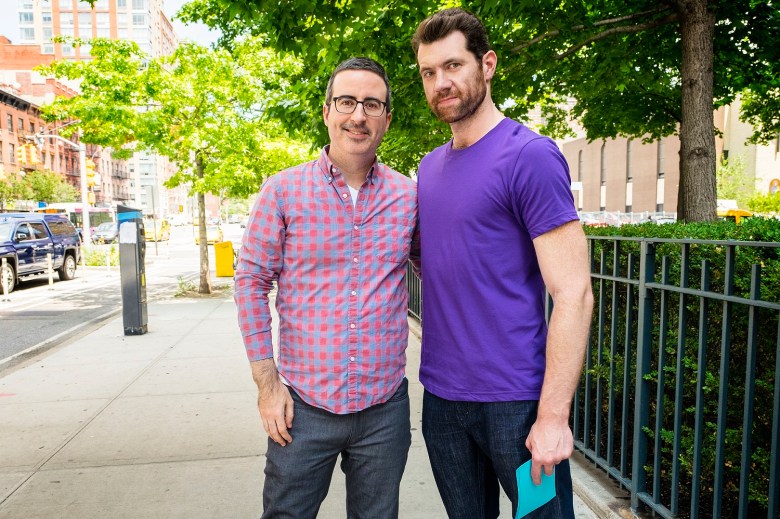 Tonight on “Billy on the Street,” Billy Eichner ask sthe people of New York a question we’ve all had on our mind for ages: Do gay people care about John Oliver? Oliver, who hosts “Last Week Tonight” on HBO, is present for the segment, of course, though the results (or at least what we see of them) probably won’t inspire much confidence. Watch the scene below.

Eichner walks (and sometimes runs) up to several men on the street, posing the same question to all of them. They’re almost unanimous in their response: “Who’s John Oliver?” is a common answer, ditto “I have no idea who that is.” Asked about Wendy Williams, however, they’re united in admiration; Cookie (Taraji P. Henson) from “Empire” receives praise as well.

Other segments on tonight’s episode: “Louie C-3PO,” which finds Billy and Elena asking New Yorkers how they felt about “Rogue One,” and a game called “Hanukkah or Stupid” featuring identical twins. “Billy on the Street” airs Tuesdays on truTV at at 10:30 p.m. EST.

This Article is related to: Television and tagged Billy Eichner, Billy on the Street, John Oliver