The Season 5 finale had the duo poke fun at the so-called liberal “New York Bubble” and ask people what they’d like to say to Donald Trump. 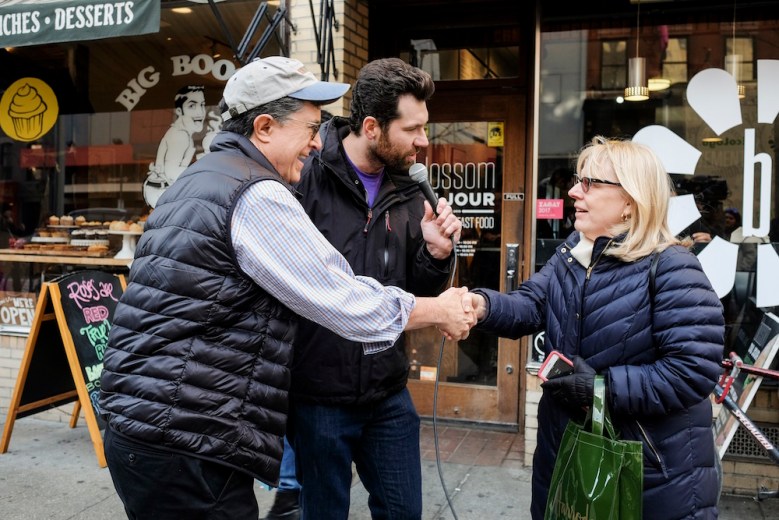 Stephen Colbert joined Billy Eichner this week in the latest “Billy on the Street” segment, where the two took to the streets of New York to ask people how it feels to live in their so-called liberal “New York bubble” and if there was anything they’d like to say to President Donald Trump.

“I think that it’s interesting that we’re told we live in a bubble because we’re from all different places,” said the first person to be interviewed. “Most of us are escaping from some other part of American to come here. We know the real America pretty intimately, by and large.”

The video also shows Eichner asking a woman to write a goodbye letter to the freedom of the press. She ends up signing the card: “Rest in peace, America.”

READ MORE: ‘Billy on the Street’: Billy Eichner Throws Some Shade at James Corden with His Conga Line — Watch

The clip then ends with both wanting to be in an even smaller bubble and are seen in inflatable clear giant bubbles rolling down the street.

“Billy on the Street” airs Tuesdays on truTV. Check out the video below.

This Article is related to: Television and tagged Billy Eichner, Billy on the Street, Stephen Colbert, Video