The main subject of Gabriela Cowperthwaite's revealing 2013 documentary passed away this morning. 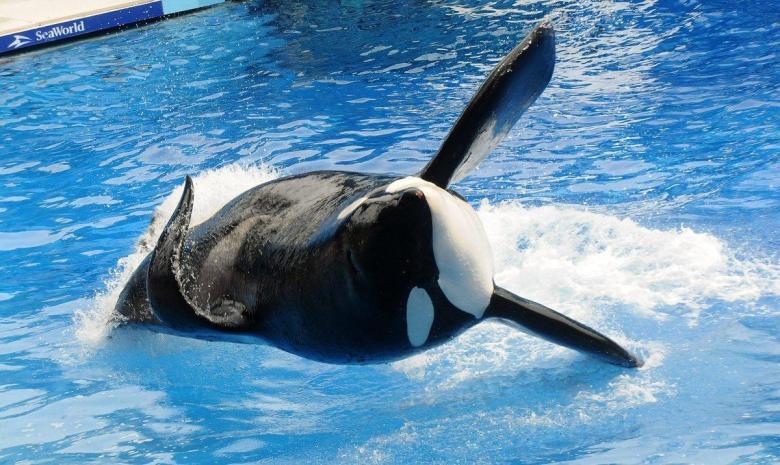 TMZ reports that Tilikum the orca whale, the embattled SeaWorld resident and subject of Gabriela Cowperthwaite’s revealing (and often heartbreaking) documentary “Blackfish,” passed away earlier today. While it’s “unclear what killed him…he had been treated for a nagging bacterial infection.” He was approximately 36 years old.

In an official comment (provided by the New York Daily News), SeaWorld President & CEO Joel Manby said, “Tilikum had, and will continue to have, a special place in the hearts of the SeaWorld family, as well as the millions of people all over the world that he inspired. My heart goes out to our team who cared for him like family.”

Cowperthwaite’s groundbreaking documentary premiered at Sundance in 2013, where it stunned festival audiences, and was subsequently shown repeatedly on CNN, reaching millions of viewers who previously had little idea what often unfolded at marine animal parks. The film focused on the treatment of whales in captivity, using a number of examples, in-depth interviews and copious footage to illuminate the consequences of forcing the animals to live and perform in parks.

The doc was especially concerned with Tilikum, who had been linked to three deaths during his time at various parks, including the 1991 death of Sealand trainer, the 1999 death of a SeaWorld visitor and the 2010 death of Tilikum’s trainer, Dawn Brancheau, which unfolded in front of a horrified live audience. It was Brancheau’s well-publicized death that pushed Cowperthwaite to make her film.

Despite numerous attempts to refute Cowperthwaite and the film’s many claims against them, SeaWorld was unable to turn the tide back as both celebrities and regular park-goers alike made their disdain clear, either by visibly boycotting the parks or by simply not going. In November of 2015, SeaWorld revealed that they would stop their live orca shows in at least their San Diego park, though Cowperthwaite was skeptical that would ever come to pass. In March of last year, SeaWorld announced a plan to cease breeding orcas in captivity.

After Brancheau’s death, Tilikum briefly stopped performing, returning almost a year later in March of 2011. In December of that year, he was put on a hiatus due to illness. He again returned to performing in April of 2012.

Tilikum was captured outside Iceland in 1983 when he was just two years old, living in Iceland and British Columbia before being sent to SeaWorld in Orlando in 1992. The whale fathered 21 offspring while in captivity, 10 of which are believed to still be alive. At the time of his death, Tilikum was the largest orca in captivity.

You can watch the trailer for “Blackfish” below.

This Article is related to: Film and tagged Blackfish, Gabriela Cowperthwaite, SeaWorld