The 45th president of the United States and the Batman villain both promised to give the power back to the people. 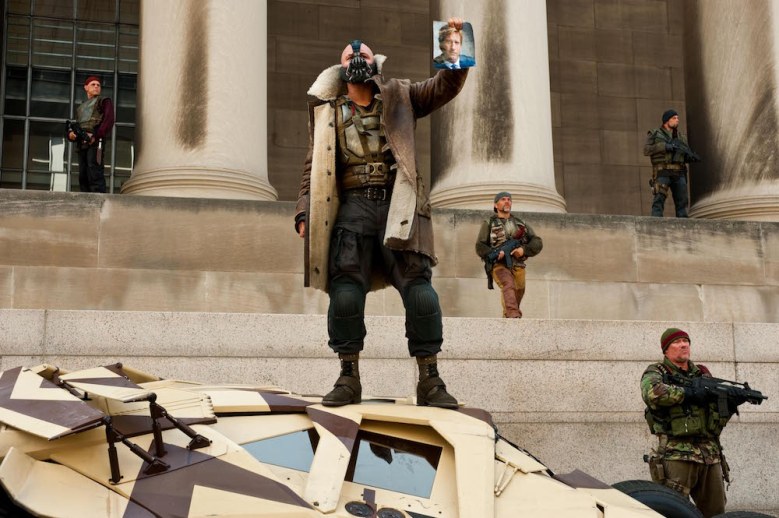 Photo by Warner Bros. Pictures/REX/Shutterstock (5885759u)

Donald Trump was sworn in as the 45th president of the United States on January 20, and upon addressing the public during his inauguration speech, vowed to give the power back to the people. In what should have been an inspirational and hopeful address, many on social media couldn’t help but notice that some of what he was saying sounded familiar.

The statement sounded familiar because the last words in Trump’s sentence echoed what Bane (Tom Hardy) told Gotham City in “The Dark Knight Rises” when he freed prisoners and, standing on top of a car, stated he was giving the power “back to you, the people.”

“We take Gotham from the corrupt! The rich! The oppressors of generations who have kept you down with myths of opportunity, and we give it back to you, the people,” exclaims the Batman villain.

A comparison of Trump’s and Bane’s speech was created and shared on Twitter for your enjoyment. Check it out below.

This Article is related to: Film and tagged Donald Trump, The Dark Knight Rises